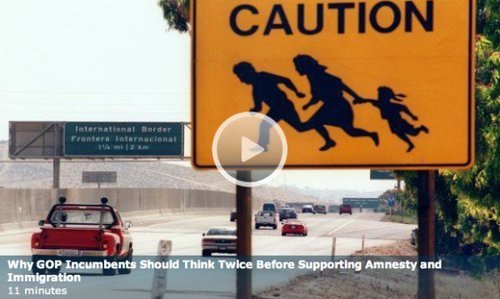 Mickey Kaus On Cantor: "Hang One As An Example To The Others"

Why GOP Incumbents Should Think Twice Before Supporting Amnesty and Immigration (Jun. 19, 2014) 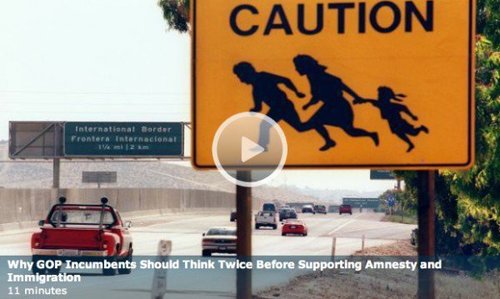 Reynolds writes on his blog

I talk with Mickey Kaus about the Cantor defeat, the diverging views of immigration inside/outside the beltway, and what’s likely to happen next. Plus, is Eric Cantor the Admiral Byng of the GOP?

Here's what the reference to Admiral Byng is about—Kaus says "The phrase goes 'you hang one as an example to the others'". 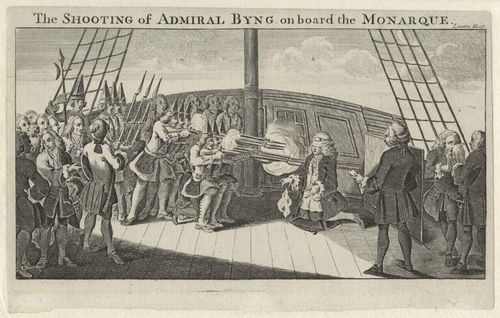 That's not quite it—Admiral Byng,  who was shot by  the British government in 1757 for failing to relieve a  fort by attacking  the French fleet, was said by Voltaire to have been shot to  "encourage the others."

A comical phrase, most of the time, because what we're really talking about is discouraging people from doing things, but Byng was charged specifically with lack of courage, and that's reason the military executes people like that—to put courage into the others. ( I explained all this, in too much detail,  in “Pour Discourager Les Autres”.)

What Cantor was guilty of was not lack of courage, but an excess of what they call political courage, which is to say the willingness to defy the wishes of your constituents.  See Political “Courage” And John McCain— McCain DOES Have Courage. So Does A Weasel.

Most Republican pols are not particularly brave, and if they can't see the light on amnesty, they can sure as hell feel the heat. As Patrick Henry might have put it "Cantor had his Dave Brat, and other Republicans can ....profit by his example."