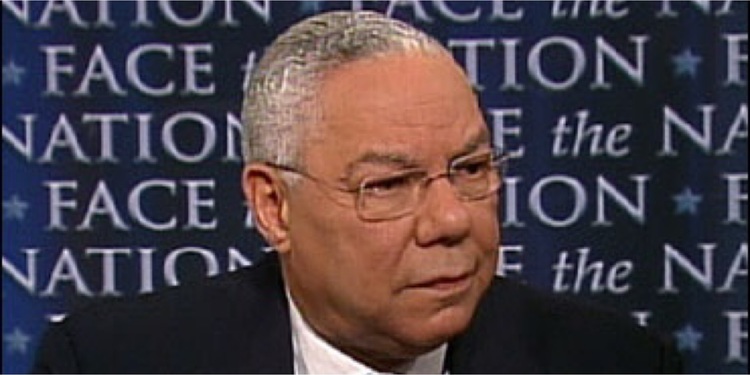 VDARE.com has long held the view that it is a settled MSM strategy to clog the minimal space they permit for discussion of Republican/Conservative matters with ineffectual RINOs or worse, to prevent more effective men getting attention. They have actually created a market demand for this kind of garbage.

What other possible explanation can there be for the 837 Google news stories currently reported on Colin Powell’s renewed ”Face the Nation” backstabbing of the Party which foolishly rescued him from a botched military career and showered offices and honors on him for 20 years—only to be rewarded by a viciously anti-party endorsement of Obama last year, when no more goodies looked immediately likely?

Why would any Republican—much less a conservative—be interested in what this dishonorable clown has to say?

Let it be remembered that for every prize thrust on Powell, some better qualified white man went unrewarded and the country consequently underserved. It is a zero sum game at the top—and in fact, a long way below the top.

The only and best hope for the GOP is for it to recognize what it is—the White American’s party. The Democrats know who they are—the Colored/Jewish Party. Look at Obama’s appointments.

By the end of Obama’s first term, even MSM efforts will be futile: America will have got the message. This is the last thing the MSM wants. No wonder they keep frantically exhuming Colin Powell.