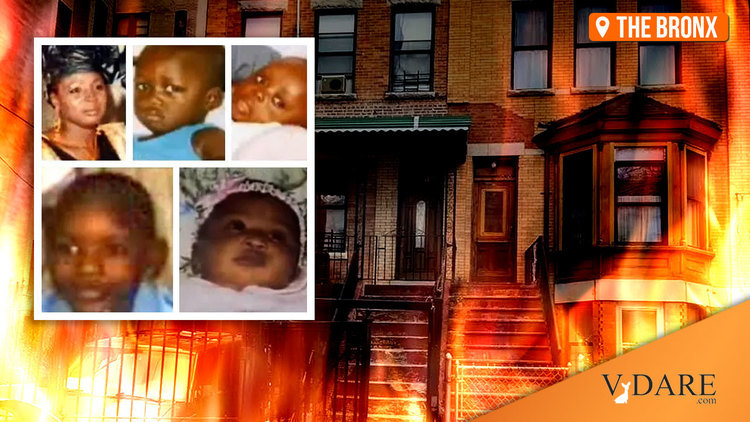 Here's an interesting overview piece about polygamy taking hold in societies that supposedly have outlawed it. Governments from Britain to Minnesota find it easier to pretend the problem does not exist than to confront foreign cultures embedded in our midst which regard women as replaceable parts.

Individual cases often come to light unexpectedly through high-impact media events such as the Morton saga. Another example is the tragic Bronx house fire that killed ten people on March 7, 2007. Moussa Magassa, a naturalized U.S. citizen from Mali who lost five of his children in the blaze, was discovered to have two wives living a floor apart. A subsequent investigation by the New York Times found polygamy to be an open secret in his immigrant community, with agencies that serve it adhering to a policy of ”don’t ask, don’t tell.”

Lack of official curiosity is just one reason for the poor statistics. Practitioners also labor to avoid scrutiny. Two strategies are common. Some Muslim men with additional wives living abroad arrange for relatives to sponsor visas that can bring them to the West without raising red flags. Others find second, third, or even fourth wives locally, sealing the deal in a nikah ceremony conducted by an imam. Because such marriages are performed under the state’s radar and have no legal standing, the wives enjoy none of the rights guaranteed to spousal partners.

Concern about Islamic polygamy – whether in the West or East – has naturally been dismissed in some quarters as cultural imperialism. For example, Duke University professor Miriam Cooke argues that ”polygamy can be liberating and empowering.” As Kay Hymowitz explains in City Journal, ”Some women, [Cooke] continued, are relieved when their husbands take a new wife: they won’t have to service him so often. Or they might find they now have the freedom to take a lover. But, I ask, wouldn’t that be dangerous in places where adulteresses can be stoned to death? At any rate, how common is that? ”I don’t know,’ Cooke answers, ”I’m interested in discourse.’”

Two nations have apparently skipped the "discourse" and moved straight to capitulation. Following a yearlong review, the British government has ruled that husbands can claim benefits for multiple wives, as long as the marriages are legal in the countries where they were conducted. Specifically, guidelines issued by the Department for Work and Pensions regarding the jobseeker's allowance state: "Where there is a valid polygamous marriage the claimant and one spouse will be paid the couple rate (£92.80). The amount payable for each additional spouse is presently £33.65."