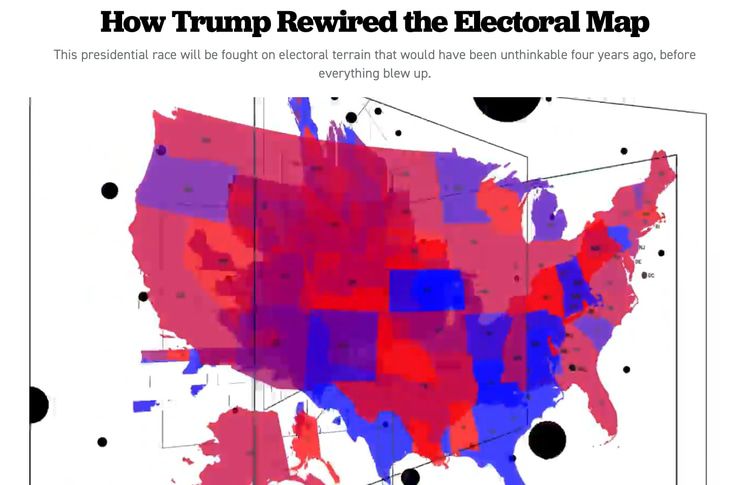 How Trump Rewired the Electoral Map

This presidential race will be fought on electoral terrain that would have been unthinkable four years ago, before everything blew up.

When President Barack Obama launched his 2012 reelection campaign, he did it with back-to-back rallies in a pair of logical places: Virginia and Ohio. The two essential swing states, with 31 electoral votes between them, were vital to Obama’s chances of winning a second term.

Ohio, a traditional Midwestern bellwether, epitomized the old electoral map, from the now-distant era when presidential elections featured dozens of contested states and candidates sought to campaign in all of them. Virginia, a Southern state that for decades had voted Republican for president until Obama broke the streak in 2008, represented a new map, one in which rapid demographic change created new opportunities for Democrats. Together, they were emblematic of the Electoral College map Obama and his diverse coalition rewired in 2008 to win the White House.

Just eight years later, though, no one is talking about Ohio and Virginia as critical battleground states. When Democrats point to a Rust Belt path to the presidency in 2020, they are referring to Michigan, Pennsylvania and Wisconsin. Ohio—along with Florida, the pivotal battleground state in recent elections—is not part of the conversation. For the most part, both sides view it as one shade short of a red state.

Virginia—for decades part of the Republican Party’s solid South—now gets the silent treatment as well. Once regarded as unreachable by the Democrats, now it’s broken so hard toward their camp that its brief reign as a swing state may already be over.

This is the Electoral College on Donald Trump. [More, emphasis added.]

Washington Watcher II will have a column tonight (here) on the extent to which Bernie Sanders's support is foreign-born. Sample, from the Iowa caucuses: 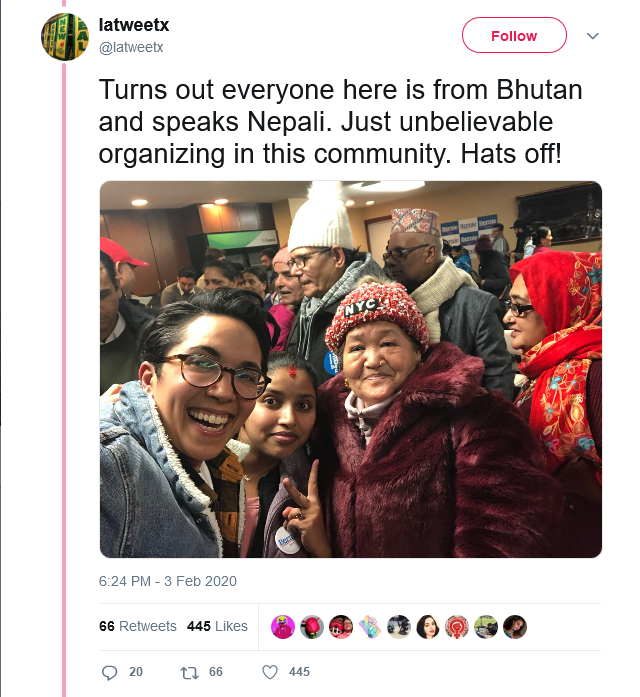 And what that Politico article admits, in its reference to "rapid demographic change" creating  "new opportunities for Democrats" is that Obama's win was the product of what Peter Brimelow likes to call a "minority occupation government".

Rapid demographic change doesn't just happen, it's the result of government policies which can be reversed. We're seeing the start of the reverse happening now.

And as for Trump blowing up the Electoral College map, all those white voters have been there for years...they would have voted for any Republican who was willing to speak against mass immigration. Until Trump, none were.