Earlier by John Derbyshire: Buttigieg On Black Crime: No Facts, No Logic

This is from the debate:

Chief National Affairs Correspondent Tom Llamas sits down with Buttigieg post-debate and asks him to address South Bend residents who asked the then-mayor before primary voting began if he cared about back people.

"We had a really tough situation when we had a police shooting in our city," Buttigieg said, referring to last year's fatal shooting of a black citizen by a white police officer.

"I don't get the luxury of just calling for good things to happen or taking votes on them. When you're a mayor on the ground, you have to deal with these things," Buttigieg said, also pitching his experience as a Washington outsider.

"Of course we did not fix systemic racism in eight years in South Bend, but they're only telling part of the story if somebody is pointing to the challenges we face."

Here's what happened in South Bend, according to official police reports, which are, of course, being investigated by a special prosecutor.

Police Sgt. Ryan O’Neill  was investigating burglary reports of someone breaking into cars downtown when he saw 54-year old Eric Logan leaning in the window a car and asked him if he owned the car. Logan threatened Sgt. O’Neill with a knife, which he refused to drop as he advanced on O’Neill.

In the dark morning hours of 3:30 AM on Sunday, June 16, Sergeant Ryan O’Neill, a 19-year veteran of the department, received a call about a man breaking into cars at an apartment complex near downtown. Sgt. O’Neill drove to the scene and observed a man, later identified as Eric Logan, with only his legs sticking out from the front seat of a car. Thinking the man may be the car’s owner, Sgt. O’Neill got out of his patrol car and asked the man if this was his car. The man claimed it was. However, when the man stood up, Sgt. O’Neill observed that his hand was bleeding, and a woman’s purse was halfway stuck in his clothing. When Sgt. O’Neill asked him about the purse, the six-foot-two suspect stood up and raised an eight inch hunting knife over his head and began moving directly toward the officer.

The suspect remained standing but never answered any questions from the officer as to whether he’d been shot. The suspect’s erratic behavior throughout the entire incident appeared be the result of drug intoxication. Sgt. O’Neill coordinated the medical response and worked with other officers, who rather than wait for EMS, rushed the suspect to the hospital in a police car.

Mills continued, “Police are taught to treat a knife as a deadly weapon, because a suspect armed with a knife within 21-feet of an officer is as much of a deadly threat as a suspect with a gun. In this case, the suspect armed with an eight-inch hunting knife was less than 10 feet from the officer and refused multiple commands to drop the weapon. In light of self-defense law and police training, this shooting was completely justified.”

According to official court records available to the public, the suspect armed with the eight-inch hunting knife had an active felony warrant for violating his probation at the time of the shooting and likely faced being returned to prison for the remaining seven years of a previous prison sentence if Sgt. O’Neill had arrested him. The suspect also had several previous criminal convictions on his record, including drug and weapons offenses. [Emphasis added.]

That makes the proposal by a local citizen, reported by John Derbyshire,  at a Buttigieg campaign event sound more reasonable:

Mayor Pete, there has been some controversy in South Bend between the police and the black community, and I have a solution for you, and I'd like you to make a comment on my proposal. Just tell the black people of South Bend to stop committing crime and doing drugs.

Buttigieg, of course, responded with outrage (or, if you prefer, had a hissy fit) saying, falsely, that "a black person is four times as likely as a white person to be incarcerated for the exact same crime" and this was evidence for the "systemic racism" he believes in. [Buttigieg Rebukes Man at Campaign Event for Insisting He Tell Black People to 'Stop Committing Crime and Doing Drugs', NewsWeek, July 4, 2019]

Wrong! The black population of South Bend has systemic crime. Around the same time Buttigieg was calling for the investigation of a South Bend police officer for surviving a knife attack, there was "mass shooting" at Kelly's Bar in South Bend.

It was a black mass shooting, which means that it killed one, and injured ten. The person of interest sought in this case is Tyler Crawford, below. 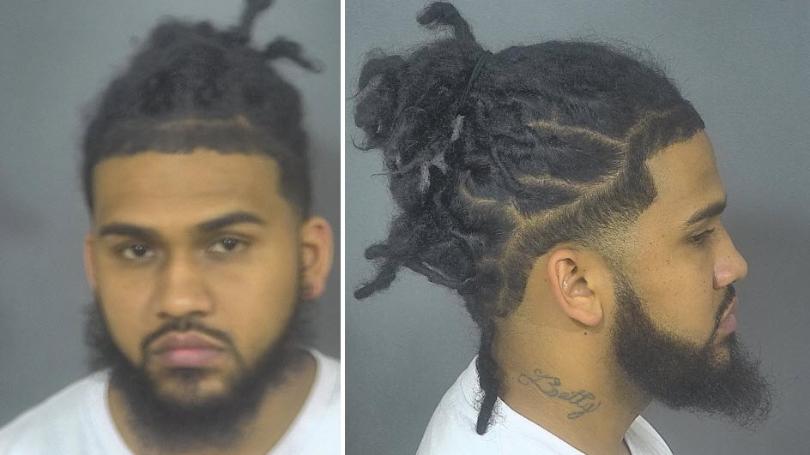 Does Mayor Pete think that was caused by systemic racism?