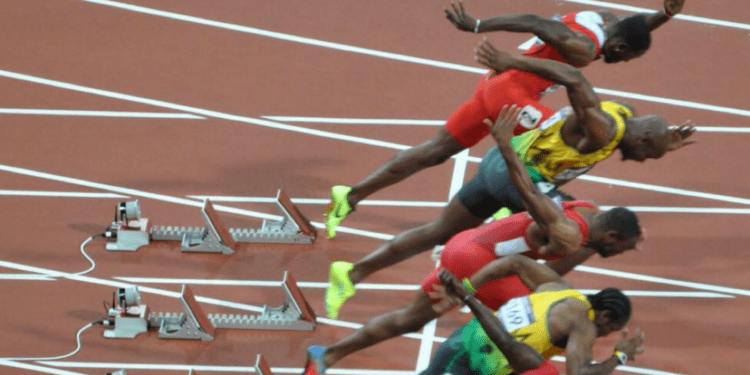 The Science Of Racing: All 143 Men Who Have Run 100 Meters in Under 10 Seconds by Race and Country

From Times Higher Education in UK:

Adam Rutherford: taking on racism with the help of genetics
Despite its tainted origins, genetics provides many of the essential tools for challenging racist thinking, argues UCL fellow and science broadcaster

There were several reasons why geneticist Adam Rutherford, an honorary research fellow at UCL, felt the time was right to publish a book titled How to Argue with a Racist. …

Furthermore, “a huge recent rise in genetics ancestry kits has had the effect of reinforcing some ideas about biological essentialism which we were trying to erase from genetics”, added the science broadcaster, whose media appearances include his position as presenter of BBC Radio 4’s Inside Science. …

Genetics, in Dr Rutherford’s view, has now fortunately put its past behind it and is indeed a crucial tool in the battle against racism. “There is now a vanishingly small number of geneticists and evolutionary biologists who [dispute] that genetics has clearly demonstrated that race is not a biologically meaningful categorisation,” he said. …Yet, as someone who constantly engages with the public, Dr Rutherford was well aware “of a massive disconnect between what we are saying within the walls of the academy and what people think”. His book is designed to provide ammunition to challenge the views not only of hard-line white supremacists, but also “your slightly racist uncle” and even “basically well-intentioned people who say black people are better at sport or Jews are better at intellectual pursuits”.

… Yet it remained true, Dr Rutherford admitted, that “nobody has seen a white man in the final of the 100-metre sprint in the Olympics since 1980”. So what could be said to people who point to such facts and claim that they reveal, as Dr Rutherford put it, “a natural ability among those descended from the enslaved to be good at explosive-energy sports”?

If that argument was right, he said, “where are such people in sprint cycling or swimming, which has featured one African American in the history of the Olympics?” Similar arguments could be used against those who attributed the striking presence of Jews among composers and performers of classical music to innate talent, while ignoring cultural factors and other genres such as hip hop and jazz.

Even when such notions were seemingly used in a positive sense, Dr Rutherford went on, we must keep in mind links to a long history of offensive stereotyping.

He pointed, for example, to “a study looking at several thousand comments in the media about elite athletic success. These referred to innate physical abilities for a black athlete – and hard work, intelligence and industriousness for a white elite athlete. Such stereotypes are just baked into our culture.”

Rutherford gives me the excuse to count up some more 100 meter dash statistics that I’ve never seen before.

As I’ve been pointing out to the Race Does Not Exist dogmatists for a very, very long time going back to the 1990s, the 100 meter dash provides some interesting data to the contrary. Famously, the last 72 male finalists in the Olympics going back through 1984 have been at least half-sub-Saharan.

However, a couple of other metrics are not quite so racially imbalanced, with more racial diversity. So it’s a bit of a fluke that 72 out of 72 in the Olympics have been black and the streak could well be broken in Tokyo in 2020.

At the World Championships held in between Olympics, one non-black has qualified into the finals in each of the last five championships.

Times are speeding up recently, so a number of leading Olympic countries such as France, Italy, Japan, and China have come up with indigenous sprinters who have run under 10 seconds.

The first non-black under 10 seconds in the world was Patrick Johnson of Australia, who is of white and Aboriginal ancestry. (Polish track fans contend that a Pole ran a 9.997 that was rounded up to 10.00 during the Cold War.)

Turkey is represented by a Caucasian from neighboring Azerbaijan, Ramil Guliyev. Britain has a guy named Adam Gemili who is of Moroccan and Persian background who has run 9.97. He too thinks his ancestry is pretty weird for a sprinter.

One of the five South Africans to run under 10 seconds is Wayde van Niekerk, the world record holder in the 400 meters, who is of Cape Coloured origins: They are usually a combination of white, black, Bushman, and Malay. If you saw him on a New York street, you’d probably guess he was, say, Puerto Rican.

On the other hand, nobody who isn’t at least half black has run the 100 meters in under 9.91 seconds. Usain Bolt holds the world record at 9.58 seconds.

Here are men under 10 seconds by country. It’s often argued by Rutherford et. al. that Nigeria is underrepresented in the 100 meters, which is true compared to Jamaica or Trinidad, but they are still tied with Britain for third most under 10 men in the world, and would be all alone in third if counting the two additional Nigerians who did running for rich Qatar.