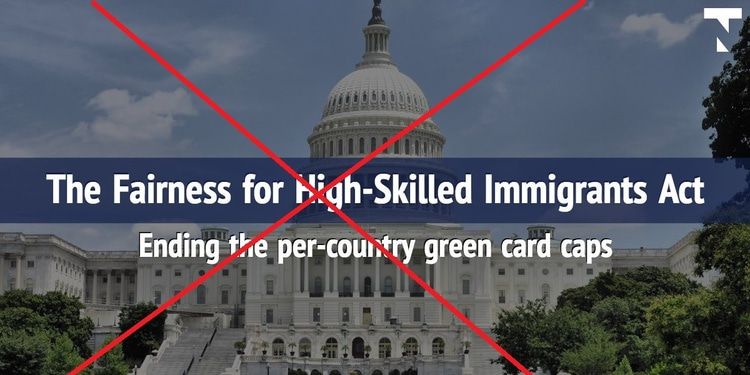 Durbin didn’t block the bill because it would hurt American workers—he blocked it because it didn’t increase immigration enough. He would like the bill to give green cards to foreigners who graduate from American universities and make sure it doesn’t cut down on the number of immigrants from countries besides China and India.

For readers, who may not be familiar with the Fairness for High-Skilled Immigrants Act, here’s a quick summary:

The bill would eliminate country caps on visas, which prevents one or two nationalities from dominating our immigration system. The elimination would most benefit Indians and Chinese, with Indians estimated to receive at least 75 percent of all employment-based visas under the act. Besides Indians and Chinese immigrants, Big Tech is the biggest champion of the bill—the industry wants its cheap foreign labor. The House overwhelmingly passed the bill in July; only 57 Republicans and a handful of Democrats voted against it.

This is another obstacle for Utah Sen. Mike Lee, the bill’s chief proponent, to overcome. While the bill sailed through the House, it keeps hitting snags in the Senate. Sen. Rand Paul blocked a unanimous consent vote in June, and Perdue and Durbin did the same this month.

However, Perdue no longer objects to a unanimous consent vote and claims he always supported the bill.

Georgia Sen. David Perdue says he no longer objects to Sen. Lee's green card bill: "I supported his bill. It's consistent with what the White House has been working on. We just had some nuances in the language with regard to rural nurses and basically we worked that out."

Lee just now has to convince Durbin and other Democrats to vote for the bill. That may motivate him to offer immigration increases that would dissuade Perdue, Cotton and Josh Hawley from supporting it.

The latest news is not good, but the bill is not a sure deal yet. VDARE will continue to monitor this story closely.