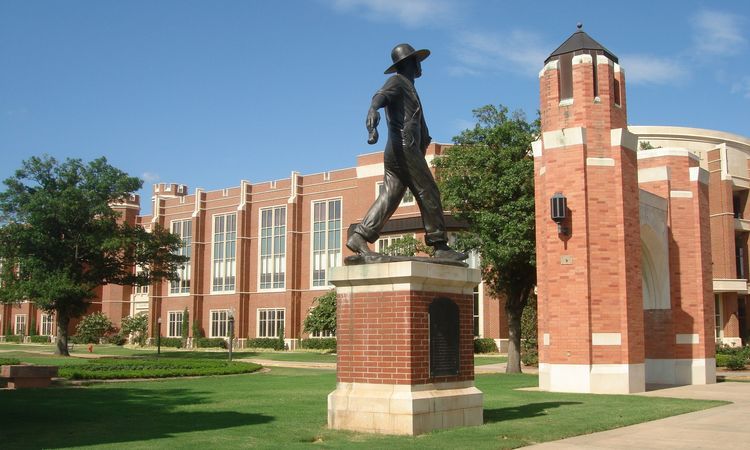 The de-Americanization of academic life continues, this time at the hands of student leaders. At the University of Oklahoma, the "Oklahoma University Undergraduate Student Congress" voted to remove the Pledge of Allegiance from their sessions.

Any government funds this pampered group of students play-acting as politicians receive should be immediately cut off. And OU alumni who contribute to their alma mater ought to be raising Cain about it.

(There is also an earlier article on the topic, click here, from the OU Daily, which has a photograph of the actual Oklahoma University Undergraduate Student Congress in session.)

But why was the pledge dropped from the proceedings of this distinguished legislative body? From the KFOR article:

"For us to be like the best most inclusive body, I thought that we should remove it,” OU senior Gabi Thompson, who authored the bill, said. Despite some criticism, that’s one reason why Thompson told News 4 she authored the bill.

"It was written as a celebration of Columbus Day in 1892, and in the city of Norman we don't celebrate Columbus Day, we celebrate Indigenous People's Day,” Thompsons said. "I was really able to connect with a lot of the international students and them saying thank you for writing it.”

So foreign students have a veto on the Pledge of Allegiance?

Students like Khalil Tafni and Ari Stide are among the international community, which makes up 10 percent of OU’s student body. "I mean, the U.S. was discovered prior to Columbus getting here, not only by indigenous people but by other explorers,” Tafni said in response to the resolution.

Sounds like a non-native speaker of English who was influenced by Social Justice Warriors.

While some are calling the change “un-American,” Thompson is standing behind her bill. "I think that we can make a change and make sure people are heard even from a small level,” Thompson said.

OU senior Sophie Brousseau, on the other hand, didn't see it that way, and told KFOR that "Not reciting the Pledge of Allegiance is un-American."