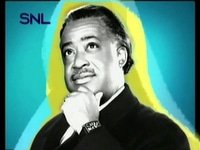 Donald Trump, who, if nothing else, brings ratings, will be hosting Saturday Night Live in early November. Well, maybe. The Parasite Class has something to say about that.

The controversy started almost immediately after it was announced two weeks ago that Trump would host the sketch comedy show on November 7, and is only growing louder as the date approaches through petitions by Hispanic organizations, the government and the public.

It started with a letter from the National Hispanic Leadership Agenda, which is composed of 40 Hispanic organizations, to NBC on October 15, calling for the network to rescind his invitation to host. “Donald Trump has yet to apologize for his bigoted comments about Mexican immigrants,” the letter reads. “Allowing Trump to host SNL will legitimate and validate his anti-Latino comments… We are appalled that you would enable Trump’s hateful speech for nothing less than a ratings ploy and ask that you rescind the SNL invitation.”

The mere existence of 40 Hispanic organizations and a "National Hispanic Leadership Agenda" shows assimilation has failed and that we need a moratorium on both legal and illegal immigration from Third World nations.

On a small scale, this is the system that rules us. You have a business or product, but you either hired the wrong person or said the wrong thing. Groups who derive employment by blackmailing dissenters then mobilize against you. You either cave and pay them off or you are dealing with protests and Main Stream Media hatred for the rest of your life. Not surprisingly, most people decide it is simply not worth it and surrender.

Trump is interesting because he survived (for now) the first wave of these PC rent seekers trying to ruin him. However, the way the anti-White Left wins is by fighting a battle of attrition.

And the MSM is eager to encourage others to throw in the towel.

The National Hispanic Media Coalition and the National Council of La Raza are among groups that have asked NBC to rescind the “SNL” invitation, criticizing the network for giving Trump the starring role on one of its signature shows not long after severing ties with him in June over derogatory statements he made about undocumented immigrants.

Rep. Luis Gutierrez (D-Ill.) sees it as a matter of degree. “Having Donald Trump as a guest on every news and entertainment program is one thing, but allowing him to host ‘Saturday Night Live’ is another,” he wrote in a letter to NBC and Comcast.

Trump’s appearance also may cost affiliates, as it likely will trigger FCC equal time rules, which allow rival candidates to demand the same length of airplay. NBC may even seek to limit Trump’s overall screen time, out of caution.

[Are the Trump-Promised Ratings Spikes Worth the Trouble for Networks,by Ted Johnson, Variety, October 28, 2015]

Yet the outrage against Trump is awfully selective. After all, Al Sharpton hosted SNL in 2003 while he was "running" for President.

This is the man who summarized the development of Western Civilization as, "White folks was in caves while we were building empires…. We taught philosophy and astrology and mathematics before Socrates and those Greek homos ever got around to it." I'd suggest that's quite a bit more offensive than Trump's obviously truthful statements about immigrant crime.

But it's not "racism" that's the problem. It's White people.

#RacismIsntFunny? Take one look at the double standards involved and try not to laugh.