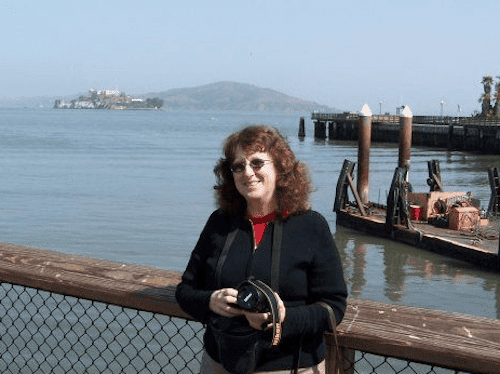 The court proceedings for the July murder of Air Force veteran Marilyn Pharis by an illegal alien are beginning in California, and one of the aspects of the crime discussed in the following report is how state law prevented deportation of a dangerous criminal.

Fox News reported on the case earlier this week:

BRET BAIER: The issue of sanctuary cities and states shielding illegal immigrants from incarceration or deportation is once again being spotlighted in a murder investigation. It involves a repeat offender accused of a heinous crime. Correspondent William La Jeunesse has today’s first court appearance.

ATTORNEY: I don’t know with the national media attention if you can get a fair trial anywhere in this country.

LA JEUNESSE: Others worry how illegals like Martinez who was in jail just four days before the murder could be out despite an immigration detainer to hold him.

SHERIFF IAN PARKINSON: We have no legal right or ability to follow the detainer.

SHERIFF PARKINSON: That’s exactly why were united in California and really asking that this be fixed and changed because at the end of the day, we’re the ones who have to let him out the door.

LA JEUNESSE: Case in point: Francisco Chavez. Police say he nearly beat to death the two-year-old daughter of his girlfriend, breaking both arms and her leg. Despite a federal hold, Parkinson let him go.

SHERIFF PARKINSON: It’s horrible. It was honestly horrific injuries, and and the truth is if we had any legal right to hold him we would, because the concern of course not being US citizen is that they’re able to bail out and then flee the country and flee prosecution.

LA JEUNESSE: Chavez record includes convictions for assault with a deadly weapon, distributing meth and drug trafficking. Arrests include kidnapping, conspiracy, resisting arrest, false imprisonment, carjacking and child cruelty. Parkinson says he wanted to honor the detainer but doing so could get him sued by the ACLU which warned, “Your police department should immediately cease complying with immigration detainers or else risk legal liability for detaining individuals in violation of the Fourth Amendment.” Until the Obama administration comes up with a solution police say these types of crimes will continue.

To make things even worse, the social engineers in the Legislature also passed a law in 2014 that reduced the maximum misdemeanor sentence from 365 days to 364 days. Under federal immigration law, a noncitizen who is convicted of an offense punishable by 365 days or more can be deported. With many felonies now reduced to 364-day misdemeanors, some criminals who otherwise would have been deported get to stay. 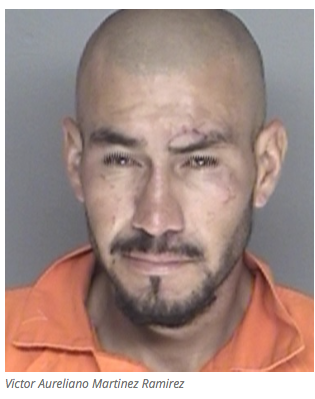 MARTIN: Yes that’s correct my officers have arrested on Martinez six times in the past 15 months.

VAN SUSTEREN: And why was he out on the street?

MARTIN: Well the state of California has Prop 47 which was really pulled the wool over the eyes of the people here. It was supposed to be safe neighborhoods and safe schools. The reality was they decriminalized all of the small possession cases. So if you’re carrying such things as heroin or methamphetamine, we can’t take you to jail anymore.

Despite the horrific illegal alien murders in July of Marilyn Pharis and Kate Steinle on a San Francisco pier, California’s two Democrat Senators Boxer and Feinstein voted against a bill to punish sanctuary cities. So innocent citizens can be murdered by deportable felons in preventable crimes in part because Democrat elected officials act as if criminal diversity is a more important value than law enforcement.