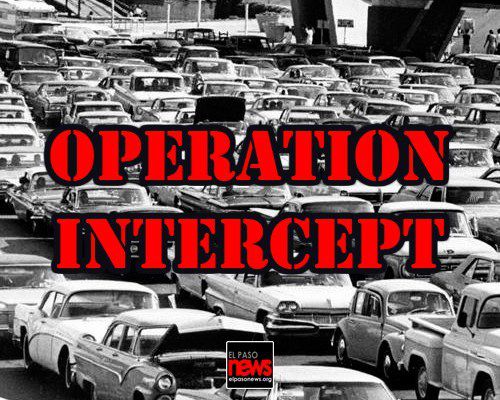 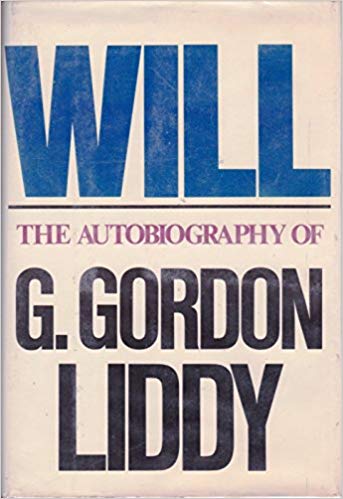 In G. Gordon Liddy's autobiography, Will, he explained something I read about once in a 70's paperback novel about the Mexican drug trade: Operation Intercept, which involved searching every vehicle crossing the border. The fictional cops seemed to think it was a waste of time, and no doubt Americans on the border thought so too. Time Magazine called it "Mission Impossible",  but there was a deeper plan:

We rushed to get the report out by 6 June because there was a bilateral meeting between the governments of Mexico and the United States scheduled for 9-11 June to deal specifically with the problems of illicit traffic in narcotics and other dangerous drugs.

When the United States and Mexico met and these recommendations were raised, the Mexicans, using diplomatic language of course, told us to go piss up a rope. The Nixon administration didn't believe in the United States' taking crap from any foreign government. Its reply was Operation Intercept.

Operation Intercept was billed as a program to shut off the flow of drugs from Mexico by maximum application of the right to search persons and vehicles crossing the border for contraband. As part of the effort to convince people that that was what it was all about, I was sent on a speaking tour of every town on the entire 2,000-mile U.S. border with Mexico to explain what was going to happen and why, to citizens whose lives and economy would be disrupted.

When Operation Intercept was executed in the fall of 1969, the result was as intended: chaos. We produced a world-class traffic jam. In anticipation, most of the task force was on the West Coast where Kleindienst had an aging Corvair airliner (used by the Immigration Service to ferry illegal aliens back deep into Mexico) standing by for an aerial look at thousands of vehicles backed up for miles on either side of the border at San Ysidro/Tijuana. It was the biggest mess any of us had ever seen, and we took perverse delight in our handiwork.

Operation Intercept has been called a failure-but only by those who never knew its objective. It was actually a great success. For diplomatic reasons the true purpose of the exercise was never revealed. Operation Intercept, with its massive economic and social disruption, could be sustained far longer by the United States than by Mexico. It was an exercise in international extortion, pure, simple, and effective, designed to bend Mexico to our will. We figured Mexico could hold out for a month; in fact they caved in after about two weeks and we got what we wanted. Operation Intercept gave way to Operation Cooperation.[Emphases added]

However, the point is that Operation Intercept is an example of something that can be done by the Executive Branch without asking permission from Congress. I've mentioned before that a retired Border Patrolman who had participated in Operation Wetback in the 50s pointed out to me that Eisenhower didn't need to pass any new laws—illegal immigration was already illegal. Trump is in the same position.