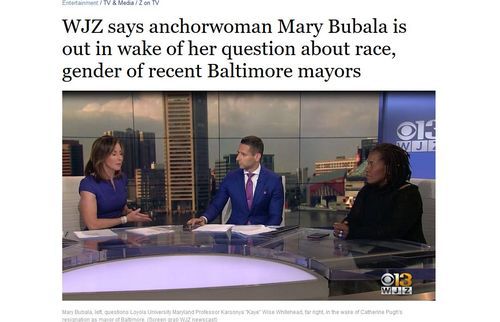 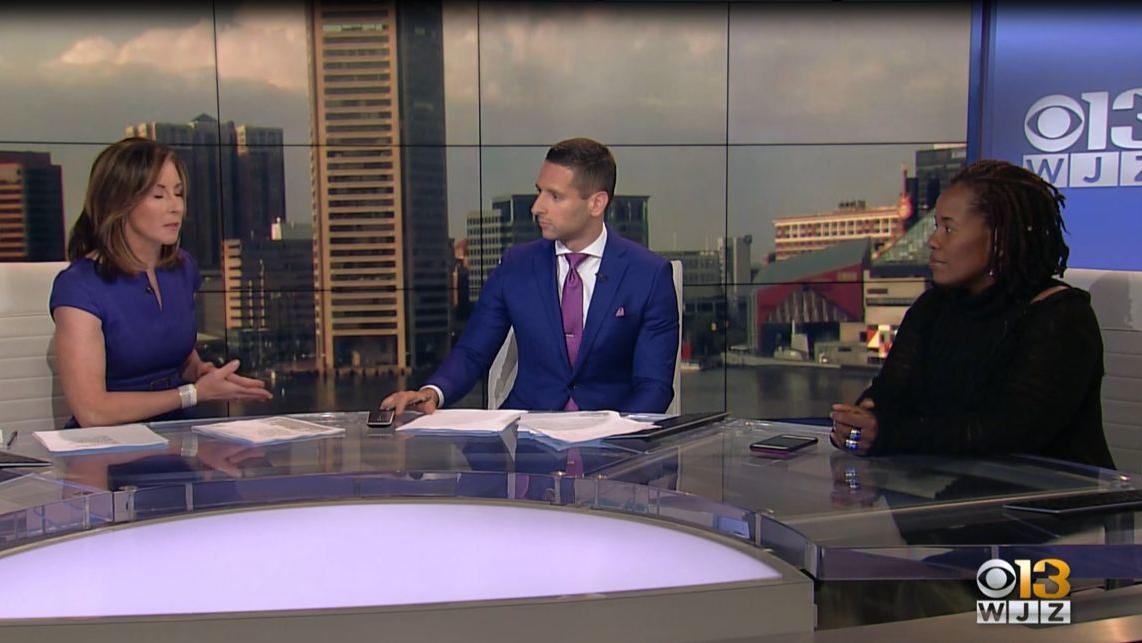 A white woman anchor in Baltimore has been fired for noticing that Baltimore’s last three spectacularly failed mayors have been black women and then engaging in the firing offense of lèse-majesté by asking an impudent question of somebody who not only has more intersectional PoCemon Points, but is also a Professor of Angry Blackness in the Department of Communications.

WJZ says anchorwoman Mary Bubala is out in wake of her question about race, gender of recent Baltimore mayors

WJZ anchorwoman Mary Bubala, who came under fire Thursday for a question she asked about the race, gender and leadership of Baltimore’s past three mayors, is no longer with the station, according to an email sent to The Baltimore Sun on Monday night by general manager Audra Swain.

“Mary Bubala is no longer a WJZ-TV employee. The station apologizes to its viewers for her remarks,” the statement said. Swain declined to comment further.

The criticism of Bubala that started last week in the wake of the WJZ anchor asking Loyola University Maryland Professor Karsonya “Kaye” Wise Whitehead an on-air question about the race and gender of the past three Baltimore mayors has continued to build.

“We’ve had three female, African-American mayors in a row,” Bubala said in setting up her question. “They were all passionate public servants. Two resigned, though. Is this a signal that a different kind of leadership is needed to move Baltimore City forward?”

On-air Thursday, Whitehead was very clear in saying no, it does not suggest a different kind of leadership is needed.

In a statement sent to The Sun today in the wake of WJZ’s action, Whitehead wrote, “The current conversations around leadership in Baltimore are challenging, emotional, and at times include layers of racism and sexism. There is an assumption that since three black women have served as mayor — and the city has not entirely changed for the better — then perhaps black women are not fit to lead this city. No one can ask racially biased questions in the public sphere — including in the media — without being held accountable.”