NYT: Why Is Mark Twain, a White Male, Allowed to Contribute to "The Cultural Conversation?"

From the New York Times, a review of the revival of the 1985 Tony Award-winning musical Big River, which is based on Mark Twain’s Huckleberry Finn:

… But “Big River” feels like an awkward fit for this moment.

… It’s because of the cultural conversation we’ve been having lately about the role of black artists, and women too.

Have you noticed how the once innocent word “conversation” has recently taken on Stalinist connotations of indoctrination and censorship.

It is hard, in a way that it wasn’t in 1985 — or even in 2003, when Deaf West Theater brought its stunning revival to Broadway — to watch a story that’s framed as the tale of Huck and Jim without being bothered by how sidelined Jim is, and how very white and male anyone who has a substantial role is: Huck, the con men, Tom Sawyer (Charlie Franklin). 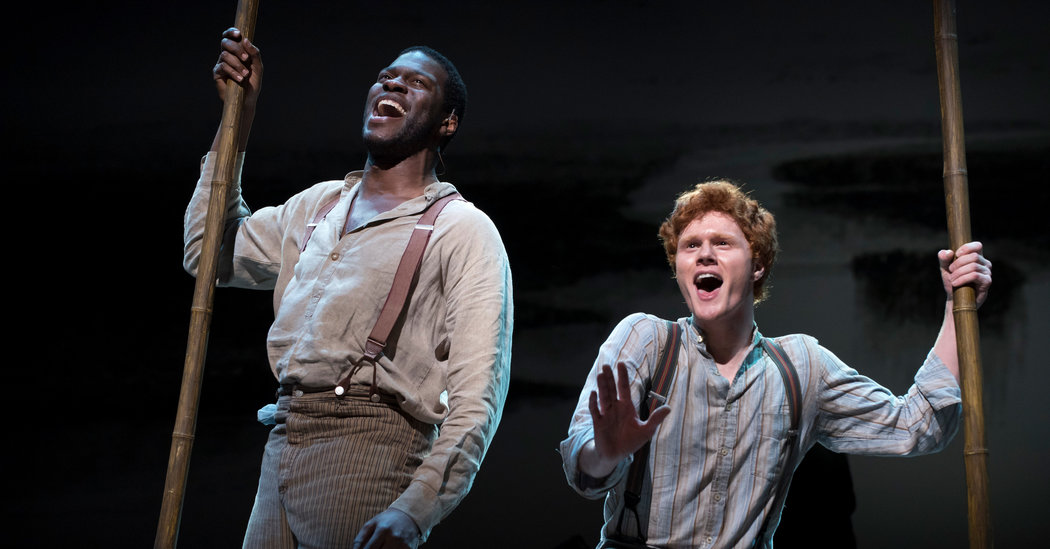 Only an all-black cast would be diverse enough for 2017

… In this cast of 22, black characters other than Jim are mostly in the background.

But as the Oscars found, once you go black you can never go back.

Katherine A. Guy, in her professional stage debut, does set off some welcome vocal fireworks in “How Blest We Are,” playing a slave named Alice’s Daughter, but that solo is really all she gets to do.

Even with the warm rapport between Mr. Barasch and Mr. Scatliffe, and the gorgeous blending of their voices in “Muddy Water” and “River in the Rain,” this is ultimately the story of a white boy waking up to injustice, then painting himself as a hero.

White boys … they must be dealt with.

I’m not arguing for rewriting Twain or for consigning “Big River” to the scrap heap.

But especially right now, with the United States plumbing its own soul over questions of privilege and belonging, the show doesn’t seem to have a great deal to add.

Who let Mark Twain be part of the National Conversation?