NYT Story About Nazi Immigrants Does Not Use The Word "Immigrant"

Eric Lichtblau  is the author of a book (referred to by Brenda Walker below) about the failure of the post-WWII immigration system to keep out ex-Nazis.  The NYT  story (also by Lichtblau  ) about Nazis who slipped past the INS's De-Nazification procedures to immigrate to the US (sometimes claiming to be  "refugees") does not use the word "immigrant." 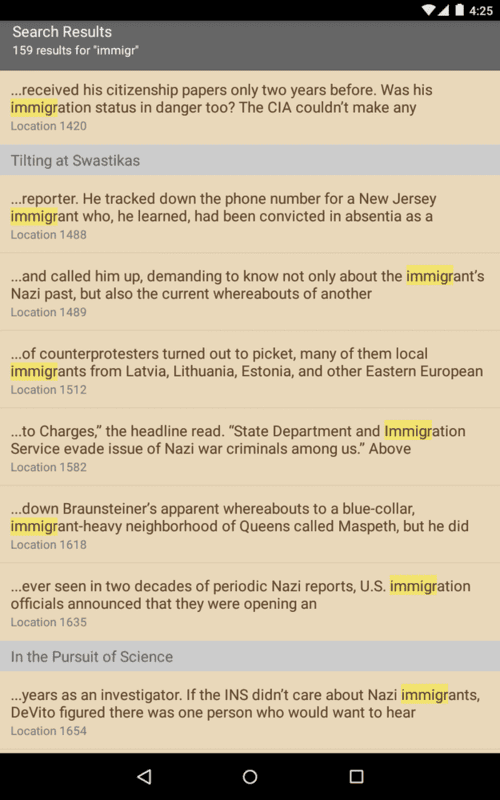 "in the United States" and that they "spent decades working in cities around the country, often in blue-collar jobs", which is normally something that the Times is willing to cheer if an illegal immigrant from Mexico does it.

But it doesn't use the word "immigrant" or "immigration" to describe the process by which they entered the US. Which is odd, because Lichtblau's book, The Nazis Next Door: How America Became a Safe Haven for Hitler’s Men, uses words starting with "immigr" 159 times. (See a screenshot of that, from my Android tablet.) It must be an instance of the Times's pro-immigrant bias—if someone is a villain, they must not be described as an immigrant.

In fact, most of the people Lichtblau is talking about in his book didn't enter with Wernher von Braun and the rocket scientists,   or the CIA's Cold War programs, they came  in under the Displaced Persons Act and the Refugee Relief Act.  The New York Times, reviewing Lichtblau's book, said that "the largest group of Nazis who entered America simply slipped in through 'the back door,' according to Lichtblau. They gamed the system and immigrated as 'refugees'."

Something to think about as Iraq falls apart, and people are claiming asylum as refugees from Mexican violence—the refugees may not be the victims, but the victimizers.