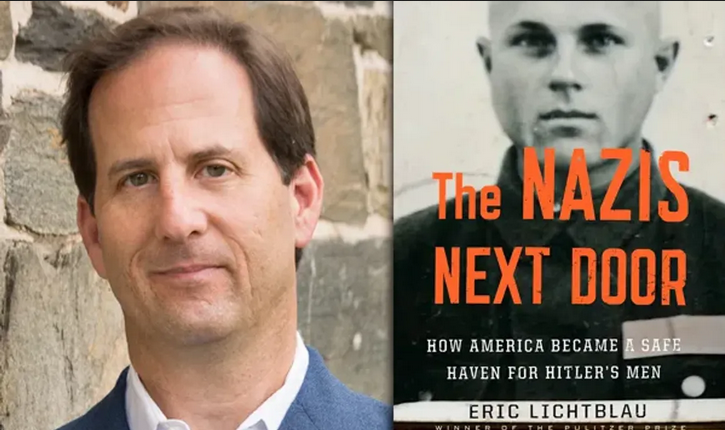 One of the most shocking indicators of America’s sloppy examination of incoming immigrants is the number of full-tilt war criminals admitted by the government for decades. In particular, you might assume that Germans would get extra scrutiny for Nazi affiliation after WWII, but apparently not so much. 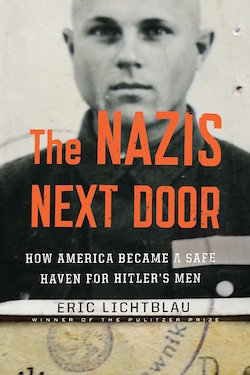 Author Eric Lichtblau described the extent of imported Nazis in his 2014 book The Nazis Next Door: How America Became a Safe Haven for Hitler’s Men, noted here: Cold War Nazi Spies Were Admitted to US as Immigrants.

Now investigative reporter Lichtblau is back, detailing how the Nazis were comfortable in using the American benefits system. Why were Nazis admitted in the first place? Isn’t the first duty of government to keep enemies out?

WASHINGTON — The American government paid $20.2 million in Social Security benefits to more than 130 United States residents linked to Nazi atrocities over the course of more than a half-century, with some of the payments made as recently as this year, according to a federal investigation.

The millions of dollars paid out, a total far higher than officials had previously believed, indicate the ease with which thousands of former Nazis managed to settle into new lives in the United States with little scrutiny after the end of World War II.

A report due to be released this week by the Social Security Administration’s inspector general concludes that virtually all of the payments were proper under policies in place at the time, and that federal officials did not have the legal authority to prohibit benefits until a Nazi suspect was deported, according to officials briefed on the report. The officials spoke on the condition of anonymity because the report has not yet been made public.

In the 1960s and 1970s, as dozens of aging former Nazis in the United States were beginning to collect Social Security benefits, there was little investigation by federal authorities into possible links of immigrants to atrocities committed in wartime Germany.

It was not until the early 1980s, under pressure from Congress, that the Justice Department began investigating hundreds of suspects in the United States and started deportation proceedings against former Nazi officers, concentration camp guards, execution-squad leaders and others.

The report found that more than three dozen former Nazis received a total of $5.7 million in Social Security benefits before they were ultimately deported, the officials said.

Another 95 suspected former Nazis who received a total of $14.5 million in Social Security benefits were never deported and continued receiving benefits. Some died before they could be deported, others fled the country and still others settled their investigations and were allowed to remain in the country.

“It is outrageous that any Nazis were able to receive benefits, but this report also makes clear that the Social Security Administration lacked the legal right to terminate benefits in far too many of these cases,” said Representative Carolyn B. Maloney, the New York Democrat who requested the investigation after new evidence emerged last year of Nazis receiving benefits.

Reports first began surfacing in the 1980s that large numbers of suspected Nazis were receiving Social Security benefits after they had spent decades working in cities around the country, often in blue-collar jobs.

An investigation by The Associated Press last fall drew renewed concern to the phenomenon, prompting Congress to pass legislation called the No Social Security for Nazis Act.

That led to the termination of benefits to four Nazis who had left the United States to return to Europe. The most recent benefit payment came this January, investigators found.

No other current or former United States residents linked to Nazi crimes are known to be receiving Social Security benefits today.