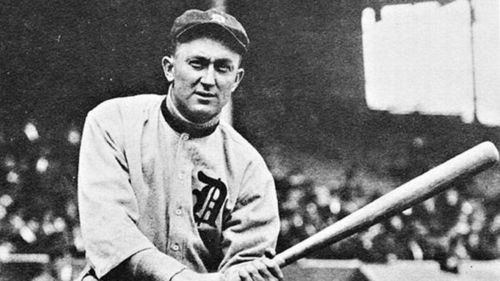 "How Ty Cobb Was Framed as a Racist"

How Ty Cobb was framed as a racist

Rather than present people’s complexities, it’s easier to just write them off as people did with Ty Cobb.

The two things everyone knows about Ty Cobb [1886-1961] are that he was a phenomenal baseball player and that he was the worst racist ever to play the game.

But one of these things is mostly wrong.

Cobb’s hyper-competitive personality was similar to Michael Jordan’s, although Cobb lived in an era when putting up your dukes was accepted, so he got into more fights. He doesn’t seem to have disproportionately gotten into fights with blacks more often than with whites.

On the other hand, Cobb was a high IQ, cultured individual, the son of a college professor (Cobb spent his off days on the road during baseball season visiting museums and attending the opera). So he knew enough to behave better.

Perhaps Cobb can be most fruitfully viewed as a character out of Southern Gothic literature: the scion of a cultivated family with a terrible story. Just as Cobb was starting his pro baseball career, his mother shot his father, killing him.

I suspect he suffered a lot of hazing in baseball because of this story, because he was Southern (there weren’t many Southern big leaguers before him), and because he was well-read. But he was also kind of a jerk all along.