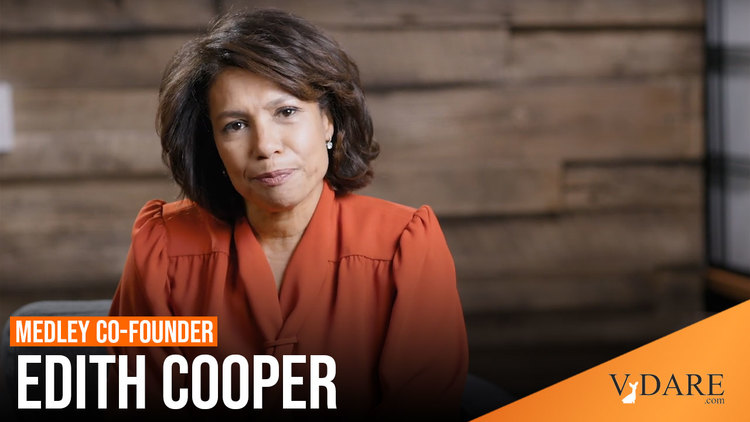 NYT Op-Ed: "I Was Told I Have Career Advantages ‘As A Black Woman.’ Here’s How I Replied"

Ms. Cooper is a co-founder of Medley, a membership-based community for personal and professional growth, and a former executive at Goldman Sachs. She serves on the boards of Amazon and PepsiCo.

For senior company executives, appointments to public boards are one way to ease into retirement with purpose and prestige. But in a recent conversation I had with a 60-something white man, he lamented that the board opportunities he had expected and looked forward to are unlikely to materialize for him.

“There’s no chance now, for the next 20 years,” he said. “All they want are women. Edith, you must be in great demand — as a Black woman.”

The statement struck me as a perfect illustration of what holds women and people of color back. First, there’s the suggestion that my race and gender are the relevant credentials for me to get a board appointment — the kind of microaggression that I, like so many people of color, have had to deal with all through my career.

Even more galling was his implied complaint about the injustice of it all: How can a well-respected white man with solid experience lose out to women or people of color?

The truth is, having board members with different backgrounds is important, and that is now being recognized, not ignored. My board credentials, by the way, are also solid. I have worked for more than 35 years in financial services, and I was the first Black woman to be a partner at Goldman Sachs. I got that promotion in 2000 — 131 years after the company was founded. I headed the firm’s human resources department for a decade. I’ve run multimillion-dollar, client-facing businesses with large teams of people reporting to me. I’m now on the boards of Amazon and PepsiCo, and I’ve been on the boards of Slack and Etsy. The executives and boards of these companies prioritized diversity of experience as critical to their organizations’ success. My identity as a Black woman is part of that experience.

… “Listen to what you just said,” was my immediate reaction to the person who made the comment about his lost opportunities. You’ve had it your way for decades. It has taken years to get to the point today where corporate leaders are seriously considering equality of opportunity for people of color, I explained.

Implicit in my professional acquaintance’s observation is the assumption, which I have also heard articulated by younger white men, that giving women and people of color equal opportunities will mean lowering the bar — that we are not quite as qualified and the businesses that hire us will suffer. This is ostrich thinking that ignores the privilege that has allowed white men to dominate the leadership ranks of almost every institution in the United States for centuries, whether or not they were the strongest candidates. And it’s just plain incorrect. There is an enormous body of research that shows teams made up of people from different backgrounds, ethnicities or genders perform better.

Look at the wonders diversity is doing for Ethiopia tonight.

Her link goes to the usual McKinsey propaganda. If you can’t trust McKinsey, who can you trust?

… My acquaintance was right about one thing: The world is changing as younger people enter the work force. My 31-year-old daughter, Jordan Taylor, with whom I run a company that brings people with diverse backgrounds together in group coaching sessions,

What percentage of black women op-edsters are in the executive coaching business?

is part of the generation that won’t stand for bias. They get loud, and they take action. They are also proactively addressing the challenges, looking for opportunities, demanding the mentorship and sponsorship at work that will help them develop their careers. They expect this, as anyone should.

Swell, who wouldn’t want to get roped into mentoring this lady’s loud, touchy anti-white daughter?