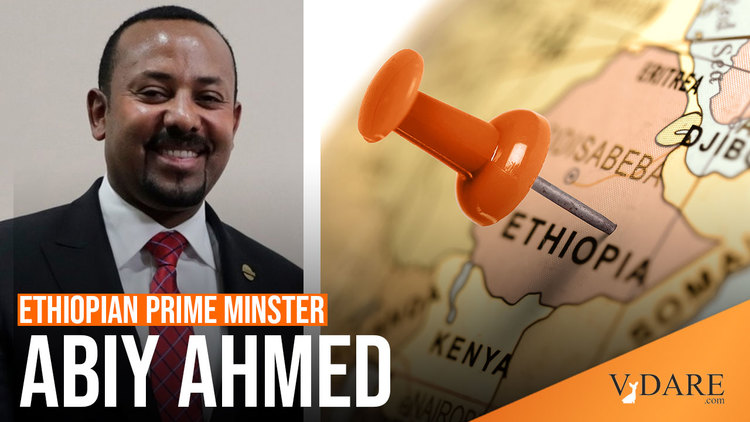 Earlier: The Peace Prize As The Special Olympics Nobel

Ethiopia Declares State of Emergency as Rebels Advance Toward Capital

In a milestone in the yearlong conflict, the government called on civilians to arm themselves and defend Addis Ababa after Tigrayan forces captured two towns nearby.

NAIROBI, Kenya — Ethiopia declared a state of emergency on Tuesday and called on its citizens to pick up arms and prepare to defend the capital as rebel forces from the northern region of Tigray pressed south toward the city following the capture of two key towns.

The Tigrayans, who have been fighting the government for the past year, have joined forces with another rebel group as they advance on the capital, Addis Ababa. Foreign officials monitoring the fighting said there were signs that several Ethiopian Army units had collapsed or retreated.

The state of emergency reflected the rapidly changing tide in a metastasizing war that threatens to tear apart Ethiopia, Africa’s second-most populous country.

It also marked another dismal turn in the fortunes of Prime Minister Abiy Ahmed, a Nobel Peace Prize winner whose international reputation has been battered by a war that has led to reports of human rights violations, massacres and famine.

One year ago, in the early hours of Nov. 4, Mr. Abiy launched a military campaign in the northern Tigray region, hoping to vanquish the regional ruling party, the Tigray People’s Liberation Front — his most troublesome political foe. But after promising a swift, even bloodless campaign, Mr. Abiy was quickly drawn into a military quagmire.

The Ethiopian military suffered a major defeat in June when it was forced to withdraw from Tigray, and several thousand of its soldiers were taken captive. Now the fighting is rapidly moving toward Mr. Abiy.

Ethiopia has a population of maybe 115,000,000 spread across an expanse about 60% bigger than Texas, with three historic big ethnic groups — the Amhara, the Tigray, and the Oromo — with lots of little ones.

The highlands are civilized farming regions with ancient literate Christian cultures, some originating in the Middle East, rather like Yemen, a country with a quarter of the population of Ethiopia, but even more notorious for being hard to hold together.

The current state of Ethiopia is basically an empire constructed in the decades before Ras Tafari’s coronation as Emperor Haile Selassie in 1930.