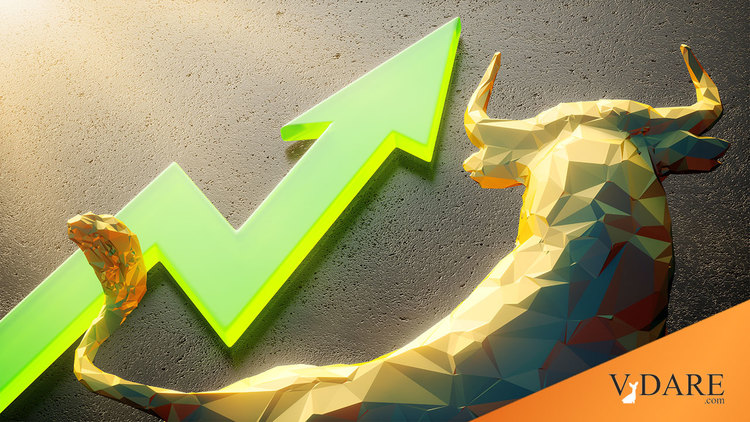 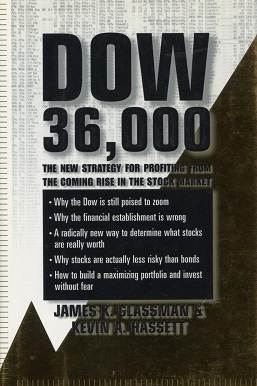 New York (CNN Business) – The Dow Jones Industrial Average closed above the 36,000 mark for the first time Tuesday following a gain of about 140 points, or 0.4%. On Monday it had briefly risen above 36,000 but didn’t end the day there.

… The Dow 36K prediction was first made by journalist James Glassman and economist Kevin Hassett in October 1999. The Dow was hovering just above 10,000 when their book, “Dow 36,000: The New Strategy for Profiting From the Coming Rise in the Stock Market” was published.

Of course, the Dow is a bogus 19th century measure with multiple flaws, such as kicking out flagging stocks that are dragging the index down and replacing them with up-and-comers to make it go up-up-up.