NYT Layoffs Written Up by Indian-Heritage Times Staffer... Who is Presumably Keeping His Job

I just couldn't help but laugh out loud. I mean, it's such a sign of the times.

The New York Times plans to eliminate about 100 newsroom jobs, as well as a smaller number of positions from its editorial and business operations, offering buyouts and resorting to layoffs if enough people do not leave voluntarily, the newspaper announced on Wednesday.

Indians in India, of course, are famously thought of as taking on jobs that might otherwise go to Americans—call center work, for instance (so famous they made a show about it). 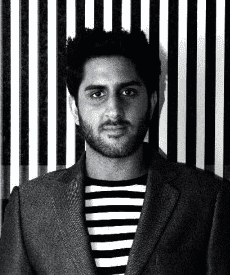 I trust Ravi Somaiya wouldn't have been assigned the buyouts story if he himself were in any danger. I wonder how many soon-to-be-bought-out-or-fired Times staffers are white? I see that Ravi (pictured right) is described as an "ex-Londoner", though I don't know what his citizenship is... the NYT doesn't generally care about such things (which is probably appropriate for an international paper).

Still. I've written before about how Indians are part of the new non-white elite in America, along with Asians and Jews, and Ravi's certainly up there