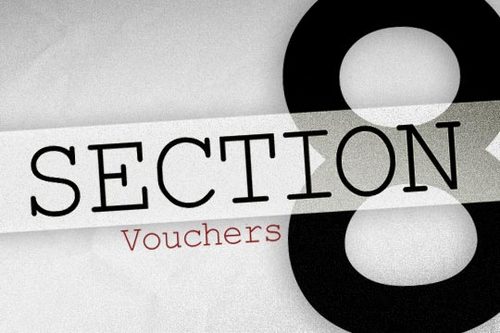 Way back in the middle of August, I mentioned “Ferguson Is a Story of the Section 8 Era.”

Now the New York Times has finally figured out a way to mention Section 8 in reference to Ferguson. Like with a lot of NYT stories, the more interesting material is way down in the middle, while the beginning is Narrative-conforming ooga-booga fearmongering about rich white people and the threat they pose to the nice black people who burned down the QuikTrip. The story is framed around rich white (and Asian) investors in California buying up foreclosed houses in Ferguson (and renting them to Section 8 tenants, but that’s not the headline “shadow”):

Ethel Walker and her daughter Tasha pay $650 a month to rent a home in Ferguson, Mo., from an investment firm 1,800 miles away in Los Angeles. A few miles from the Walkers, Corey Bryant and his mother are renting a two-bedroom home in Ferguson from the same California firm.

Increasingly, the new landlord in Ferguson and in other close suburbs of St. Louis is an out-of-state investment firm that has been buying distressed homes to rent them out, a consequence of the foreclosures resulting from the financial crisis.

The Aug. 9 shooting death of Michael Brown, an unarmed black teenager, by a white police officer in Ferguson put a spotlight on the racial divisions in the United States and the tactics used by the police. But some housing advocates said the incident should also focus attention on how towns like Ferguson are still reeling from the financial crisis and how that also has contributed to heightened tensions.

Six years after the height of the financial crisis, the housing market in Ferguson remains particularly troubled. Fifty percent of the town’s 6,321 homeowners owe more on their mortgages than their homes are worth, a situation called being underwater. Nationally, 17 percent of homeowners are underwater.

The average home in Ferguson sold for $45,032 last year, up from a low of $28,499 in 2011, but still only about half the average price for a home when the market peaked in 2006, according to RealtyTrac, a company that monitors housing sales and foreclosures. Ferguson’s slow recovery has created an opening for dozens of investment firms, flush with cash, to descend, buy up homes and rent them to mostly low-income residents. The firms account for roughly a quarter of home purchases in Ferguson, according to RealtyTrac.

The institutional money has meant a decline in the number of vacant homes and an increase in rental properties, but it has also raised concerns about the long-term intentions of these mainly out-of-town landlords and whether they will upgrade Ferguson’s aging housing stock.

In Ferguson, 461 families are receiving federal rent subsidies from the Housing Authority of St. Louis County, or roughly 8 percent of the Section 8 vouchers the agency has issued. But the federal subsidies restrict the amount of rent a landlord can charge on a home — one reason the largest institutional investors, like the Blackstone Group, American Homes 4 Rent and Colony American Homes, have largely shunned inner suburbs like Ferguson, where the housing stock tends to be older, in greater need of repair and in poorer neighborhoods.

Into that vacuum have stepped smaller firms like Raineth Housing, which is renting homes to the Walkers and Mr. Bryant and his mother. The firm, co-founded by the financier Edward R. Renwick, is one of the bigger institutional buyers of distressed homes in the St. Louis metropolitan area, acquiring 72 homes in Ferguson, or roughly 5 percent of all the single-family homes sold in the city since 2011, according to RealtyTrac. In the St. Louis metropolitan area, the firm has bought 445 homes in six communities.

Mr. Renwick, who lives in an upscale neighborhood of Los Angeles, said the shooting death of Mr. Brown and the ensuing tense confrontations between the police and residents in Ferguson would not deter his firm from buying properties. “I don’t know anything about policing, but what has happened here is tragic,” said Mr. Renwick, 48, the chief executive of Raineth, which has also bought hundreds of homes in Kansas City, Mo., and Cincinnati with the $50 million it has raised from investors. “Ferguson is a great community.”

In an Aug. 15 letter to investors, Mr. Renwick wrote that while he and his partners were “shocked and saddened” by the death of Mr. Brown and subsequent rioting by some protesters, Ferguson remained an “attractive place to live” with good schools. The firm, which Mr. Renwick runs with his wife, Dehua Chen, and his brother-in-law, Detang Chen, told investors that Raineth planned to keep buying homes in the city and renting them to mainly lower-income families.

Mr. Renwick said the decision to invest in Ferguson and the St. Louis metro area was made by his brother-in-law, who had attended Washington University in St. Louis and developed a fondness for the region. Mr. Renwick, a longtime partner and now a consultant with the Yucaipa Companies, the Los Angeles private equity firm led by the billionaire investor Ronald W. Burkle, said Raineth wanted to make money and make a difference in the communities where it bought homes. He said the firm, which is not affiliated with Yucaipa, made up to 40 percent of its homes eligible to families receiving rent subsidies under Section 8, the federal housing assistance program.

One-third of Ferguson’s 21,000 residents are white and two-thirds are black, making it one of the more integrated suburbs in the St. Louis area. But like other older suburbs, Ferguson has lost a fair share of more affluent residents, and lower-income families have taken their place. Aided by federal subsidies, many African-Americans left St. Louis in the 1980s and 1990s for nearby suburbs, changing the racial makeup of communities and creating tension in some cases.