National Public Radio has a fair-and-balanced piece about whether automation will put many millions of people out of work: Andrew McAfee, co-author of The Second Machine Age, says Yes and David Autor, an MIT economist, says No. The report is pretty good for less than four minutes of radio.

Obviously my observation is that smart machines are coming on strong and performing tasks earlier done by humans, to the point where we are seeing the effects now in the jobless recovery from the recession. Furthermore, it makes no sense to continue admitting millions of immigrants to do future jobs that won’t exist. 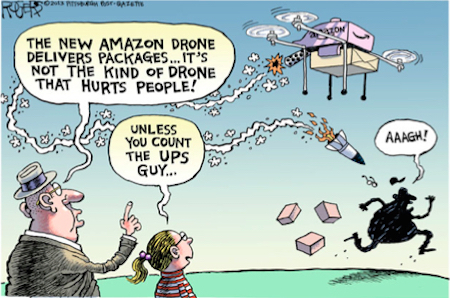 Here is the transcript of the radio debate.

Machines have been taking jobs forever. Computers and software are doing things people were paid to do. They are booking airplane flights. Filing our taxes. And they are getting better all the time.

RENEE MONTAGNE, HOST:
Given that computers and software are doing things lots of people used to do, like booking our airplane flights and filing our taxes and getting better all the time, its worth worrying about how many jobs will be left a few decades from now. David Kestenbaum with our Planet Money team reports there is real debate over that question.

DAVID KESTENBAUM, BYLINE: Its one thing to talk about computers taking jobs, but looking out a few decades, people are talking about entire careers disappearing. If youre listening to this story driving an 18-wheeler on I-80, this thought has probably already occurred to you.

ANDREW MCAFEE: Weve got cars that can drive themselves on roads in traffic without mishap.

KESTENBAUM: Andrew McAfee is a professor at MIT. Hes definitely in the jobs-are-going-away camp.

MCAFEE: The accidents that Google just reported that happened with their autonomous cars happened because other people rear-ended them and swerved into them.

MCAFEE: It turns out people like self service a lot. I dont want to talk to somebody when I go check in at an airport. I just either download the boarding pass to my phone or walk up to a kiosk and get it.

KESTENBAUM: McAfee does not think computers will have anything like human intelligence in the near future, but he says if you just take where we are now and extrapolate, to him, its clear where were headed.

MCAFEE: Twenty or 40 years from now, I believe we will not need the labor of a lot of the people alive in order to have a very, very productive economy. In terms of the amount of human labor that you need to get the stuff out of the ground and off the farms and through the factories and into our homes and tables next to none.

KESTENBAUM: You do not have to go far to find someone who disagrees with Andrew McAfee, just around the corner to the office of another person at the same university.

DAVID AUTOR: My name is David Autor. Im a professor of economics and associate head of the MIT Department of Economics.

KESTENBAUM: David Autor has been making the opposite case, the chill out, there will be plenty of jobs case. He questions the idea that computers and software will continue to get exponentially better.

AUTOR: Its hard to know how fast things will change. I mean, thats our first point.

KESTENBAUM: OK, he says, robots can drive cars, but they still struggle with very basic tasks, like folding laundry.

AUTOR: The set of things that machines do not do like humans is innumerable.

KESTENBAUM: And, he says, people have been worried about this forever that machines will take away all the jobs but those people have always been wrong, partly because they missed some basic economics. When the tractor came along, yes, it eliminated a lot of farming jobs, but it also made food cheaper, which meant people had more money to spend new opportunities and new jobs.

AUTOR: So I feel it would be rather arrogant of me to say I looked at the future, and people wont come up with stuff. I dont know. Im humbled by the fact at how bad I would have been at predicting the future.

KESTENBAUM: I asked Andrew McAfee about this.

Davids argument is that people have been saying this is going to happen forever, and it just never has.

MCAFEE: Hes absolutely right. The Luddites said that. Marx predicted it with great confidence. John Maynard Keynes, whos one of my intellectual heroes, talked about it in the 1930s.

KESTENBAUM: So does it feel crazy for you to be saying no, no, no, this time, this time I mean it, and Im right.

MCAFEE: Yeah, you know, you wonder if youre joining that long litany of voices who go down as having made the incorrect prediction one more time, but I think the facts are different this time.

KESTENBAUM: In the past, he says, machines were basically doing mechanical stuff. This time around, theyre doing things that seem much more human. They can talk. They can listen. They can even compose music.