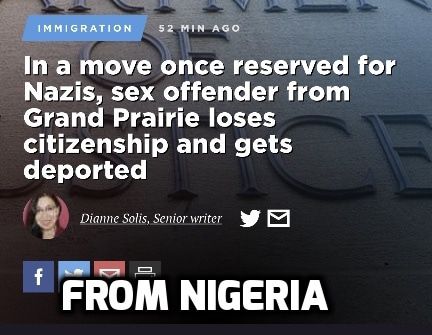 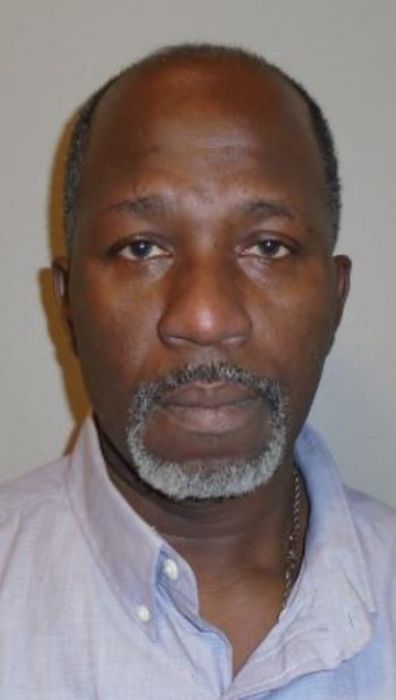 The Dallas News headline is In a move once reserved for Nazis, sex offender from Grand Prairie loses citizenship and gets deported. But he can’t be from Grand Prairie, if he’s being deported, he has to be from somewhere else, that they’re deporting him to.

It turns out that the answer to what inquiring minds want to know is he's a Nigerian pedophile, something that could easily go in the headline.

Emmanuel Olugbenga Omopariola, 61, was convicted of indecency with a 7-year-old girl, an offense committed before he was naturalized, according to federal officials and federal court papers.

He was deported back to Nigeria on Thursday, under escort from U.S. Immigration and Customs Enforcement, or ICE.

“This deportation ends this U.S. chapter for Omopariola who sabotaged his own future and opportunities through his heinous crimes against a child, and his lies on his naturalization application and in interviews,” said Simona L. Flores, field office director for removal operations for ICE in the Dallas region.

The point about "a move once reserved for Nazis" is that the US government pursued a policy of denaturalizing anyone who could be shown to have lied on his immigration papers. Ann Coulter, discussing the number of undeported radical Muslims, et cetera wrote last year that

To this day, we have a whole office at the Department of Justice dedicated to finding and deporting Nazis even without proof they personally committed crimes against Jews.

But they could only do this because the Government always asks new citizens to swear that they weren't Nazis before naturalizing them. In Afroyim v. Rusk in 1967, the Supremes ruled that you can't take away anyone's citizenship for something they do after they're naturalized, only for fraud during the naturalization process--which this Nigerian seems to have committed.