A Law Enforcement Veteran Speaks In Defense Of Michael Slager 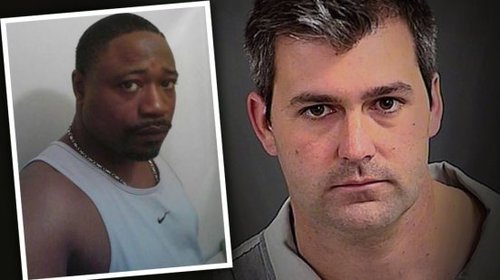 I like this article. I clearly see a double standard applied to police officer actions. If it was black man accused of killing another black man, even on video tape, it would be referred to by the MSM as "alleged to have killed." But they have referred to this case as "murdered by" over and over.

The video tape editing is exactly what you expect from the MSM. They edit to make things fit the version of the story they wish was the truth. Whether this is accomplished by editing statements made by people being interviewed, paraphrasing and rewording what is said, taking short quotes out of context from a written work, or cutting up video tape, it is all done to make things appear to be something they are not.

For example, Walter Scott was not honorably discharged from the Coast Guard, he was released following drug charges.

The vehicle he was driving was unregistered and the paperwork was not available. He gave different stories. The things he told the officer could not all have been true at the same time and none of them may have been true.

We do not know exactly what happened with the Taser. But we do know this much, Scott resisted arrest at least three times. Twice he fought with the officer and then he ran from the officer. We know the officer attempted to use less-than-lethal force, first by attempting muscling techniques at least on two occasions and then escalated to a Taser and only used the firearm after Scott fought with him, disarmed him and was escaping custody.

Regarding Slager’s action in picking up the Taser, there’s not anything particularly wrong with it. Following a shooting incident an officer may not be completely focused on exactly what steps should be taken to secure what has now become a scene to be processed. Remember, he was picking up his own Taser—you don't normally think in terms of your own equipment being evidence.

Another very important point is this (and I have myself picked up weapons at an open and fluid scene which is as yet unsecured): the Taser is a weapon and it was lying on the ground uncontrolled. Picking up the Taser prevents it from being used on the officer by another person—or simply being taken from the scene and disappearing.

And even if the shooting is truly not a good shooting, and turns out to be a wrongful death, it is not a murder. It would be, at most, manslaughter. The officer is acting in a completely legal and proper manner, by ever account, during every part of the encounter except the portion during which the shooting occurs. He is polite and relaxed. He builds probable cause and starts to make an arrest. The suspect fights with him, resists arrest twice, disarms the officer and starts to escape.

The officer is now excited and has been in a physical confrontation. He may or may not know the Taser was dropped. Either way, that type of an excited confrontation, which was not intended by the person who ends up doing the shooting, cannot possibly meet the elements of the offense of First Degree or capital murder.

If I were the officer’s attorney, my second theory of why the shooting was legally justified would be the officer’s belief that the man who took his Taser still had it. That would make him armed, as a Taser is a weapon, and would mean the officer could not just run him down and tackle him. He already knows he cannot physically defeat the suspect who has twice gotten the better of him. Now the suspect is escaping and he may have believed he was armed.

These are my thoughts off-hand.

The vast majority of police officers are white. They tend to be conservative and they have extensive experience dealing with illegal immigrants and blacks. We also influence the voting patterns of our friends and families.

We are not the enemy!