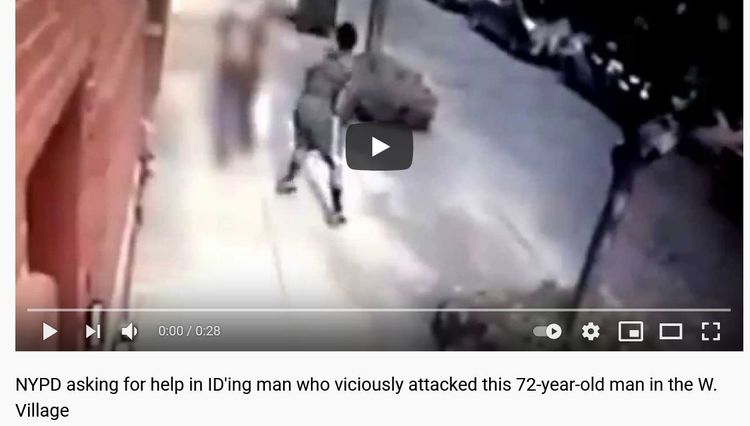 Here's a tweet from Newsbusters, a conservative media criticism site that doesn't get so much into the "Not Reporting Race" thing. Also, I'm embedding the instant reply they got, which is typical:

@newsbusters When will you stop race baiting?

Actually, the "race baiting" is being performed by the young black man. What Newsbusters is engaging in is race noticing, and as Steve Sailer puts it “Political correctness is a war on noticing.”

In further noticing, the 72 year-old victim appears to be a white man, although the video of the victim is deliberately blurred.