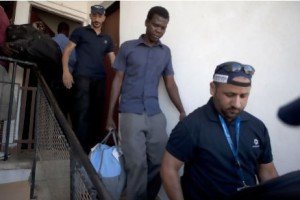 Never forget that illegal immigration is all about the money — not freedom or opportunity — just money. When illegals whine that they want a “better life” what they really mean is “more money…

In fact, invasive foreigners get so many taxpayer-funded freebies that they have enough spare money to send home to the family as remittances. A 2012 article in the Economist called the worldwide flows of remittances a“River of Gold.”

This does not apply in Israel.

In September 2013 Israel made it illegal to help an Illegal transfer money out of the country as I reported in Adelson's Israeli Newspaper Trumpets Border Fence Success (And Israel Bans Remittances By Illegals) :

In June I asked Why Not Include This Sensible New Israeli Measure In Gang Bill?