New Americans Howie Mandel And Craig Ferguson: Each Claims To Be The Only English Speaking Person At Their Swearing-In Ceremonies

"I proudly took the Oath of Allegiance and received my citizenship at Pomona Fairgrounds in Los Angeles in January 2008 along with three thousand other new Americans from Mexico, and no others from Scotland."

Recently, he interviewed comedian Howie Mandel, born in Canada, now an American citizen.[Video] Mandel also went through a swearing-ceremony, which was very moving, he said, but he  was "the only one there speaking English," and claiming that he turned to someone and said "Isn't this terrific?" and they said "Que?" That's the problem. No one objects to a few Scottish or Canadian funnymen coming to America to tell jokes.(Mike Myers is both Scottish and Canadian.)

It's the other three thousand people at the ceremony who were supposed to learn English, but didn't.

Since I don't have a picture of Mandel and Ferguson together, you're going to have to settle for this one of Craig Ferguson interviewing Carrie Keagan. Miss Keagan is at least a hundred percent American. Maybe more. 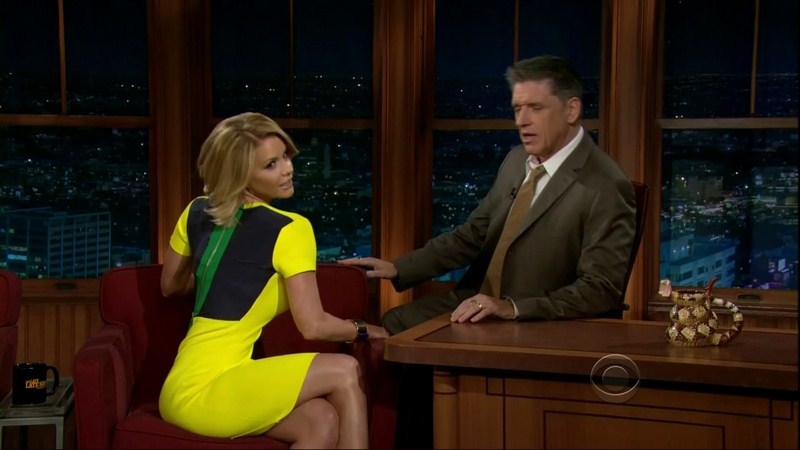