Sex-Selection Abortion Debate Misleads by Not Mentioning Immigrant Cause

It’s been disappointing to see the issue of sex-selection abortion debated with such dishonesty, where the cultural background of the practitioners has been omitted, presumably because of political correctness. In doing so, the discussion maligns American women, who do not as a matter of culture engage in sex-selection abortion.

Aborting female fetuses is an accepted custom in misogynous China and India, to the point where Asia is missing 163 million girls, a number that should shock, but doesn’t, because it’s only women. 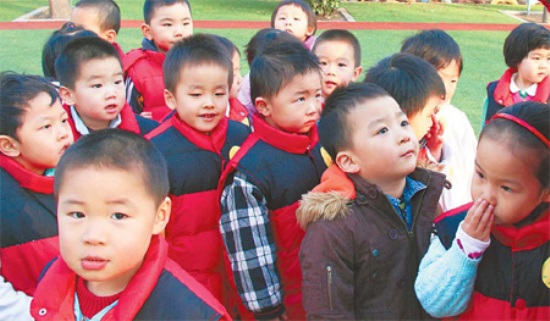 Diverse immigrants bring all sorts of objectionable customs with them, and that’s okay according to multicultural ideology. In 2001, the New York Times reported on sex-selection abortion among Asian immigrants: Clinics’ Pitch to Indian Émigrés: It’s a Boy.

There’s have been occasional reports since then, for example:

ROME (CNS) — Aborting unborn girls on account of their gender has been a documented trend in certain Asian countries for at least two decades. Now, according to an Italian biologist and author, the practice is also growing in the West.

Women and couples who emigrate from cultures where male children are deemed more prestigious and economically valuable “will often bring those same values to their new country,” said Anna Meldolesi, author of “Never born: Why the world has lost 100 million women” [. . .]

Researchers are finding the first evidence that some Asian immigrant families are using U.S. medical technology to have sons instead of daughters, apparently acting on an age-old cultural prejudice that has led to high ratios of boys to girls in parts of China and India.

The new research, produced by independent teams of economists who arrived at similar conclusions, focused on Indian, Chinese and Korean families who first had girls and then used modern technology to have a son.

With birth records in Santa Clara County showing that Asian mothers are more likely to give birth to sons than white or Latino mothers are, the new data could reawaken a local controversy. Some local South Asian women have pressured local Indo-American newspapers and magazines in recent years to stop running ads for medical procedures that offer prospective parents the promise of a son.

For some South Asian couples, having a boy is a “status symbol,” said Deepka Lalwani of Milpitas, the founder and president of Indian Business & Professional Women, a nonprofit business support network. “If a woman has male children, she feels in her family, certainly with her in-laws, that her status will go up because now she is the mother of a male child.”

Such cultural pressures may explain the recent findings. A Columbia University study suggests that Chinese, Indian and Korean immigrants have been using medical technology, most likely including abortion, to assure their later children were boys. And a soon-to-be published analysis of birth records by a University of Texas economist estimates there were 2,000 “missing girls” between 1991 and 2004 among immigrant families from China and India living in the U.S. — children never born because their parents chose to have sons instead.

“We didn’t expect to see a male bias. And for the first child, we didn’t find one. It seems to appear after a first daughter, and more strongly after a second daughter,” said Douglas Almond, co-author of the Columbia study.

The teams found no comparable bias toward boys among white, African-American and Japanese-American families that first had girls. [. . .]

In the present discussion, the Asia connection is hinted, but the word “immigrant” is taboo.

You have to ask yourself, how could a feminist oppose this kind of legislation? After all, gender selection is the ultimate in gender discrimination. It’s the killing of a female – and it’s almost always a female — in utero, and you would expect a huge protest.

Here it’s probably a very small issue, although it’s a huge issue in India and China where it’s done on a mass scale. The normal ratio is 105 female children to boys, and in China and India it’s 110, 115, which creates huge social imbalance, and it’s unbelievably unjust and sexist.

So how did sex-selection abortion come to America??

The practice came via immigrants and they are the ones who do it, not traditional Americans. Yet the media is full of misleading half-truths, as I noted last December when Rep. Trent Franks made the issue political: Congressman Wants to End Sex-Selection Abortion (but Doesn’t Mention Immigrants).

Bill O’Reilly has been focusing on Planned Parenthood and only hinted at the Asian culture connection.

O’REILLY: Now, there is no question that Planned Parenthood is a pro-abortion outfit which has been in trouble for years. Undercover videos have documented underage abortions, abortion advice associated with prostitution, and now gender-based abortion guidance.

On Thursday, the House of Representatives will vote on outlawing gender-based abortions. We’ll have special coverage on that. We’ll name the names of Congress people who vote against the bill perhaps advising them. They are in synch with China’s abhorrent abortion policy.

The traditional American view on the gender of children is well expressed in the song Tea for Two (lyrics), written in 1925.

We will raise a family,
a boy for you , and a girl for me,
Can’t you see how happy we will be.

So pardon me for preferring American values to the misogynous customs of Chinese and Indian immigrants. If the government truly wants to end the practice of sex-selection abortion in the United States, then the Congress should curtail immigration of the cultures which practice it.