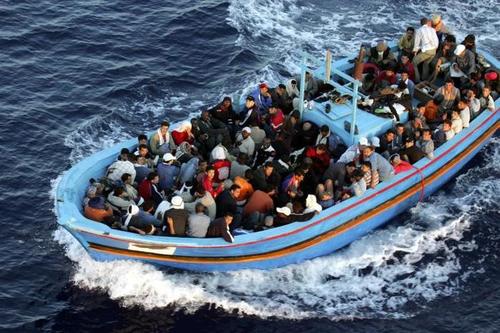 Newsbusters made an interesting point this morning with this post about how graphic the media are willing to get in pushing their pet causes. In this case, the pet cause is the “migrant” invasion of Europe, and they were willing to show a picture of a dead child who’d been drowned because his parents left the perfectly safe town of Bodrum, Turkey in an unsafe boat in the hopes of breaking into Europe.

From the beginning of NBC’s Nightly News Sept. 2, anchor Lester Holt aired caution about the photograph of Aylan.

“It’s rare that we have to warn you right from the top of the newscast about what you’re about to see,” he said, “but the photo we’re going to show you has quickly resonated across the world as a heartbreaking symbol of an utter human catastrophe that we can’t close our eyes to. It is the image of a lifeless child…”

Yes, “An utter human catastrophe we can’t close our eyes to” as “the image of a lifeless child” – except when it has to do with abortion and Planned Parenthood.

[J]ust as the news media refrain from showing us what those bombs actually do, they never show us what an abortion looks like. They even refuse to carry ads by abortion opponents, on grounds that pictures of slaughtered fetuses are in “bad taste.” They certainly are in bad taste; all atrocities are. But the media are willing to show some atrocities, as in the killing fields of Rwanda a few years ago. Since we’re forever debating abortion, why not let us see one? Why the blackout?

The answer, of course, is that the news media themselves are pro-abortion. They adopt the dishonest language of the pro-abortion side: pro-choice, fetus, terminate, and — my favorite — abortion provider (to make the abortionist sound like a humanitarian).

A few years ago NBC produced a sympathetic movie about a woman seeking an abortion — Norma McCorvey, the “Roe” of Roe v. Wade. But when Mrs. McCorvey later changed her mind and became an active opponent of abortion, did NBC do a sequel? Unimaginable.

We have to keep our guard up at all times against political language, especially in seemingly bland journalism, that is subtly infected with propagandistic purposes.