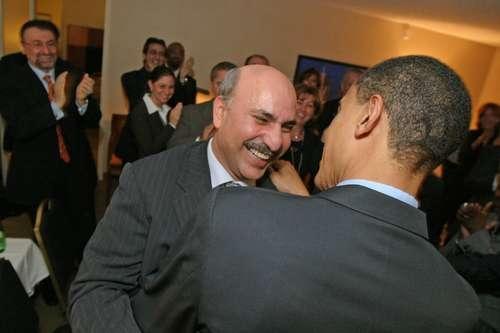 A Syrian Immigrant Success Story: Tony Rezko "Must Have Brought a Hundred Rezkos Over from Syria"

“The Tony Rezko I went into business with in 1989 was a humble, hardworking immigrant success story,” said Daniel Mahru, who partnered with Rezko in real estate ventures until they parted ways last year. “At 19 years old, he came off an airplane and couldn’t speak English, but over the years he must have brought a hundred Rezkos over from Syria.”

So don’t worry about a tiny number of Syrians marching into your country. The maximum chain migration multiplier per generation is merely 100X.

President Obama could take the lead in setting a generous example for Americans by offering to let another 100 Syrians live in the big house that Rezko, the long-time business manager for the Nation of Islam, helped the Obamas buy in the Chicago neighborhood where Black Muslim leaders live.

Indeed, now that Rezko is out of the Big House himself as of July, he probably would like to upgrade his personal accommodations when they let Tony out of the halfway house next spring.