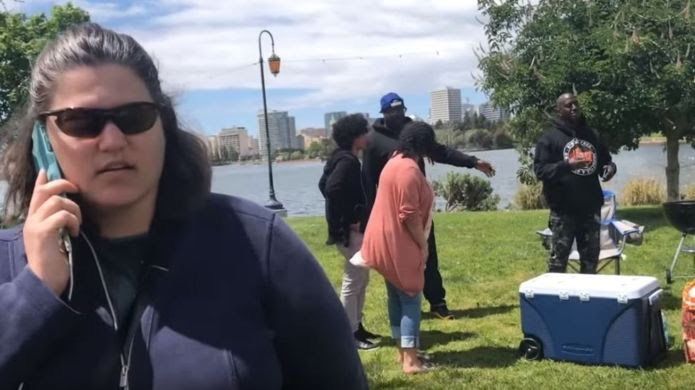 NBC: Anti-Becky Wokeness Is a Kremlin Plot Against America

In October 2018, a cellphone video of a Brooklyn woman calling 911 to claim a 9-year-old black boy grabbed her rear went viral on social media, becoming one of a series of videos that activists and journalists seized upon as an example of the everyday racism faced by minorities in America.

That woman became known as “Cornerstore Caroline.” Other individuals who became the subjects of similar stories would be known by nicknames such as “Basketball Becky” or “Taco Truck Tammy.”

Now, Clemson University researchers have found those videos received instrumental early social media promotion from inauthentic accounts, some of which have since been removed by Twitter and linked by U.S. intelligence to Russia’s efforts to stoke racial tensions in America.

The tweets by the suspicious accounts drew 50-90 percent of the initial retweets before the stories took off, an indication their content played a leading role in drumming up attention, according to the researchers’ pre-publication findings.

“Fundamentally, what they’re trying to do is put a spotlight and rub salt in the wound of these divisive issues,” Linvill told NBC News, referring to the strategy of using social media to exacerbate racial tensions.

As opposed to what, say, NBC News tries to do by, say, re-editing a George Zimmerman clip to inflame racial hate against whites.

The accounts reposted or tweeted the videos, framed the content as explicit discrimination, used emotionally loaded language, and employed calls to action, including encouraging people to publish the participants’ personal information — a strategy known as “doxxing.” …

Disinformation experts told NBC News that the goal of the inauthentic accounts is to highlight and inflame existing tensions to destabilize America, a strategy also used by Russia’s disinformation campaign leading up to the 2016 election.

In contrast, American mainstream media is constantly pointing out that video of discrimination against blacks is almost always taken out of context, and should always be viewed in light of the order of higher magnitude propensity of blacks to commit murder.

… These stories that the accounts focused on followed a pattern: a video uploaded online showing a white person calling or threatening to call the authorities on a minority. The objects of the outrage were often given alliterative nicknames, on the lines of “Taco Truck Tammy” or “Basketball Becky.”

As the accounts promoted the videos, online outrage would build, along with calls to expose and promote the phone number, address and other personal information of the person.

Sometimes, all the accounts added was a nudge, merely reposting a video and tweeting, “Twitter, do your thing.”

A year ago, I pointed out that all this BBQ Becky hysteria in the prestige press of the USA was due to an inability to understand the inevitable tradeoff between Type I and Type II Errors. But now I know why my simple, obvious, healing perspective has gone absolutely nowhere in the US media in the year since: Kremlin mind control rays