The Volokh Conspiracy features a Short Circuits feature with short comments on various court decisions. At the beginning of May, Volokh blogger John Ross wrote this:

In 2001, a Navajo man murders a Navajo woman and her granddaughter within the territory of the sovereign Navajo Nation. As the case continues to wind through the courts, two Ninth Circuit judges write separately to comment on the unusual fact that the United States sought the death penalty "against the express wishes of the Navajo Nation, several members of the victims' family, and the United States Attorney for the District of Arizona." [Short Circuits, May 1, 2020] 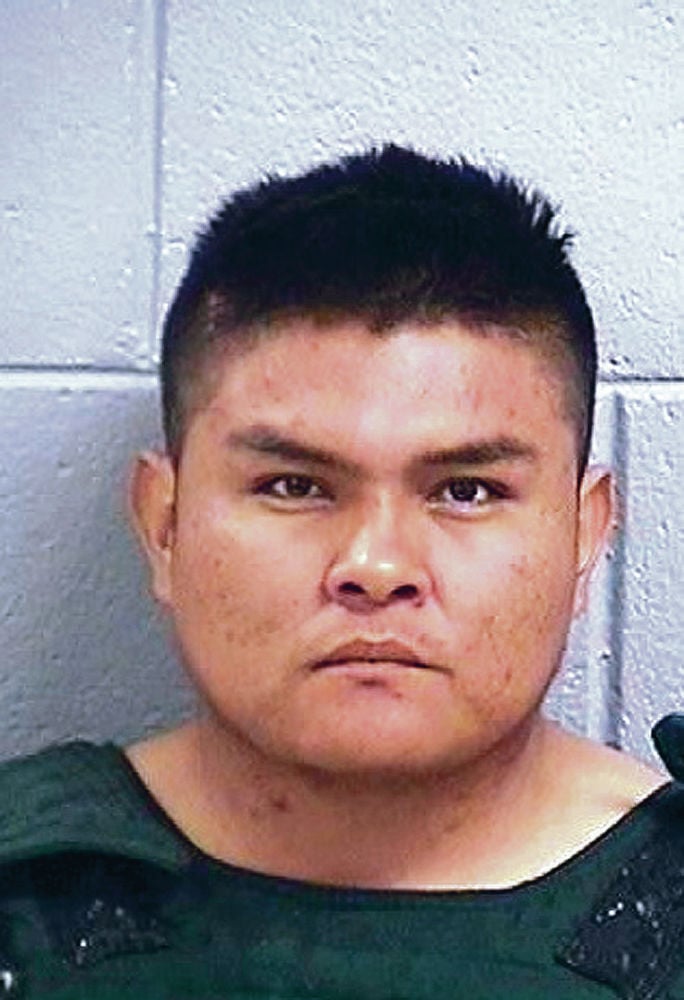 Lezmond Mitchell, right, is the man who killed Alyce Slim, 63, and her granddaughter, Tiffany, 9.

Here's what happened. Mitchell and an accomplice wanted to rob a trading post, and needed to steal a car. Their choice was the one driven by an old lady accompanied by a little girl.

On Sunday, October 28, 2001, Alyce Slim and her granddaughter, Tiffany, were traveling from Fort Defiance, Arizona, to Tohatchi, New Mexico, to visit a traditional medicine person, in the hopes of relieving pain in Alyce’s legs. While the woman was unable to help them, she recommended another medicine woman in Twin Lakes, New Mexico. They set an appointment for the next day, and left the first medicine woman’s home.

Sometime after leaving, Alyce and her granddaughter came across Mitchell and Orsinger and the two men were able to enter the vehicle. Near Sawmill, Arizona, the car was stopped to let Mitchell and Orsinger out, however Mitchell and Orsinger stabbed Alyce 33 times. Wounds on her hands and arms indicated that she attempted to fight off the men. Alyce was then tossed into the backseat, where her granddaughter was forced to sit next to her, while Mitchell drove 30-40 miles into the mountains, where Alyce’s body was disposed of. Tiffany was also ordered out of the vehicle. Her throat was cut twice and when that failed to kill her, the two men dropped large rocks on her head, which killed her.

Severed body parts, including the heads, were buried in a hole, while the torsos were pulled into the woods. The clothing and jewelry of the victims were later burned. The knives used in the murders were washed in a nearby stream, and with alcohol the following day.

There is no possible excuse for not executing a man who did that, and if either the Navajo Nation or the relatives don't want him executed, they should be censured by the courts, rather than pandered to.

Obviously, if the case has, as John Ross said, been continuing "to wind through the courts" since 2001, that is a miscarriage of justice all by itself.

Public Defender Jonathan Aminoff told the panel that Mitchell’s case is “rife with concerns of racism,” adding that the Supreme Court in 2016 recognized a right for defendants to investigate juries where there’s concern of racial bias.

“This is the only federal capital prosecution of a Native American in the history of this country,” Aminoff said, arguing that racial makeup of the jury alone – 11 white jurors to 1 Native juror – merits investigation.

The state of Arizona is less the 5 percent Native American, so there's no reason that there should be more than one Indian juror, on average, on an Arizona jury. Also, all jurors are asked if they're willing to sentence people to death, and if the Navajo Nation is actually opposed to capital punishment on principle, then maybe they shouldn't be on capital juries—or may exclude themselves during voir dire by saying so.

As for the Supreme Court ruling that white jurors can be questioned about previously secret jury deliberations to see if they're prejudiced, see John Derbyshire's 2017 piece SCOTUS Leftists Rule Child Molestation Less Important Than The Depravity Of Whiteness.