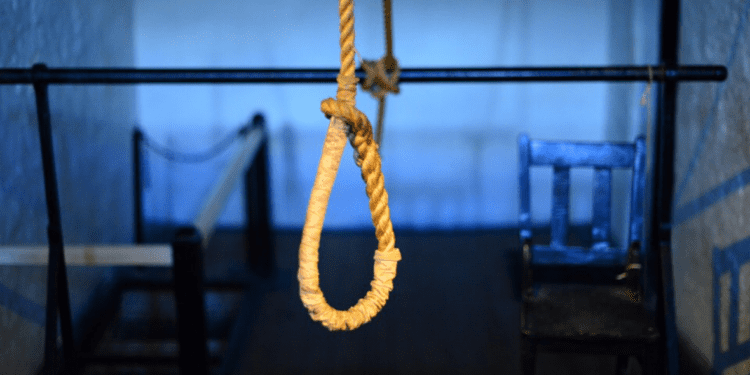 Back in June I posted this CNN story:

(CNN) University of Michigan police are investigating after a noose was found on an employee’s desk at a university hospital.

The university has “taken immediate action” to investigate the incident that occurred Thursday as an act of discrimination and criminal ethnic intimidation, said Dr. Marschall S. Runge, the dean of the University of Michigan Medical School.

“This act of hate violates all of the values that we hold dear and will not be tolerated,” Runge said in a statement, calling the noose a “symbol of hate and discrimination.”

As I’ve long pointed out, perhaps the surest tell of some kind of Hate Hoax or Hate Hypochondria is a noose.

So, from Michigan Live today:

ANN ARBOR, MI – A rope resembling a noose found inside University Hospital was not the result of a hate crime, but a practice knot used in fishing, University of Michigan police have found.

An investigation by UM’s Division of Public Safety and Security concluded the spool rope used for medical procedures was being used by a person on a break to practice tying a “Uni Knot,” which is a type of knot used for fishing. After the spool was returned to the storage area, the knot was still in place and discovered the following day by an employee. …

After the initial report, the incident was described as “a symbol of hate and discrimination” by Marschall Runge, executive vice president for medical affairs and dean of the UM Medical School.

Based on multiple witness interviews and other evidence, however, UM police do not believe that the incident was a hate crime.

For the umpteenth time, the local cops come out of a Hate Hysteria episode looking saner than the Great and the Good, such as, in this case, the dean of the University of Michigan medical school.

Update: So far, the retraction only seems to be on Michigan Live. We’ll see whether or not this new noose news goes national…