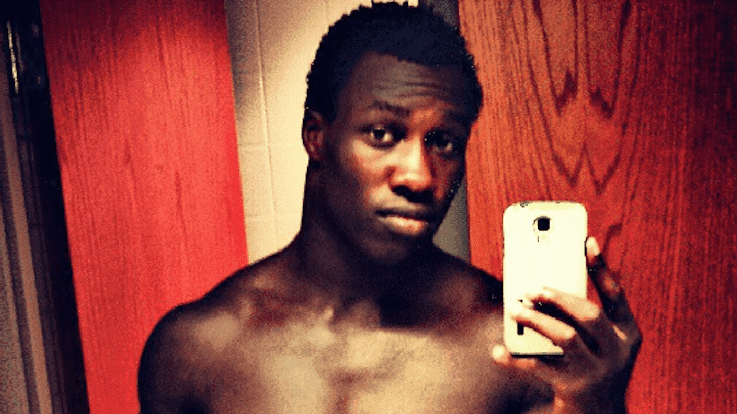 Gay, Black, HIV-Positive, And Lied About It: A Hero for Our Times

From the New York Times (and no, I’m not making this up, even though this article reads like a parody product of my analysis of where the conventional wisdom has been headed):

He Emerged From Prison a Potent Symbol of H.I.V. Criminalization

Michael L. Johnson, a gay athlete convicted of not disclosing his H.I.V. status to sexual partners, was released 25 years early and has become a galvanizing force to overhaul laws.

Last week, Michael L. Johnson, a former college wrestler convicted of failing to disclose to sexual partners that he was H.I.V. positive in a racially charged case that reignited calls to re-examine laws that criminalize H.I.V. exposure, walked out of the Boonville Correctional Center in Missouri 25 years earlier than expected.

… His case, which encompasses a half-dozen years of court appearances, unflattering headlines and stints in solitary confinement, has galvanized advocates working to update laws that they say further stigmatize and unfairly penalize people with H.I.V.

Mr. Johnson, who was a black, gay athlete at Lindenwood University in St. Charles, Mo., has become a public face of people who are disproportionately affected by the virus and entangled in the criminal justice system. (If current trends continue, about half of all black men who have sex with men in the United States will eventually learn they have H.I.V., according to the Centers for Disease Control and Prevention.)

As we all know, the white racist Ronald Reagan snuck around injecting gay blacks with the AIDS virus.

Mr. Johnson’s legal troubles began in 2013, when he was arrested after a white man he had had consensual sex with told the police he believed that Mr. Johnson had given him the virus.

Five other men, three of them white, would later testify that Mr. Johnson had not only failed to disclose his H.I.V. status before engaging in consensual sex, but had willfully lied about it.

Four out of the six were white.

By the way, I’ve put the New York Times’ use of “white” in bold.

Mr. Johnson has publicly maintained that he informed all six men he was H.I.V. positive before having sex without a condom.

Well, sure there were six of them versus one of him, but how many Diversity Pokemon Points did they have? And by “they,” I mean the six, not Farhad Theyjoo.

After a weeklong trial in 2015 in St. Charles County, a conservative, predominantly white area northwest of St. Louis, Mr. Johnson was convicted on multiple felony counts, including recklessly infecting another with H.I.V., which carries a 10-year minimum sentence.

The jury sought the maximum penalty of 60½ years even though prosecutors offered no genetic evidence that Mr. Johnson had infected any of his partners, according to BuzzFeed News. …

“We’re still operating under laws that were based on views that are outdated and are proven inaccurate by science,” said Tim Lohmar, the St. Charles County prosecuting attorney, whose office’s handling of the trial has been criticized.

Missouri is one of about 34 states with laws that make it a crime to expose another person to the virus without disclosure or add additional penalties for people with H.I.V. who are convicted of separate offenses, such as sex work, according to the nonprofit Center for H.I.V. Law and Policy. In six states, a person may be required to register as a sex offender if convicted of an H.I.V.-related crime.

Many of these laws were written in the 1980s and 1990s under a fog of fear about the virus and how it was transmitted, and before the advent of effective treatments. In those years, Magic Johnson’s sweat on the basketball court and Greg Louganis’s blood on a diving board panicked fans and teammates. Parents pulled children from school in 1985 because an H.I.V.-positive boy with hemophilia was in their seventh-grade class.

Back then, an H.I.V. diagnosis meant debilitating symptoms and almost certain death.

For the last five years, Steven Thrasher, a journalism professor at Northwestern University, has chronicled Michael L. Johnson’s case for BuzzFeed News and recently completed his doctoral dissertation on race and H.I.V. criminalization.

Dr. Thrasher, who greeted Mr. Johnson outside the correctional facility on Tuesday, said he was first drawn to the case because of its parallels with the history of black sexuality and lynching.

“Black men would just get lynched anytime they had sex with white women in the Reconstruction period,” he said. “There was no consensual sex that could be had between white women and black men.”

Mr. Johnson’s wrestler’s body — he called himself “Tiger Mandingo” online — was a source of fascination for some of his partners. But when Mr. Johnson tested positive for H.I.V., Dr. Thrasher wrote, he became “the perfect scapegoat.”

“It was not that he had no agency or responsibility in the story,” Dr. Thrasher said on Thursday, but “he was really holding all of this anxiety and all of this worry about AIDS and stigma and H.I.V. and queerness in America all on his shoulders.”

Mr. Lohmar, the St. Charles County prosecutor, said on Thursday that “nothing about the trial was unfair,” except for his team’s failure to present certain evidence to the defense in time.

Because prosecutors did not disclose some evidence to the defense until the morning of the trial — recorded phone conversations Mr. Johnson made while in the county jail — an appeals court decided to overturn the conviction 17 months after the original sentencing.

Instead of a new trial, Mr. Johnson, who previously had a clean criminal record, accepted a plea deal in which he did not admit guilt but agreed to a 10-year sentence. …

During his incarceration, Mr. Johnson wrote thank-you notes to friends and strangers who had written to him in support, which he said helped him deal with homophobia in prison and self-doubt.

In theory, H.I.V. exposure laws are meant to encourage H.I.V.-positive individuals to disclose their status before having sex, and to practice safer sex, with the ultimate goal of preventing the spread of the virus.

But there is no evidence that these laws have reduced risky behavior or encouraged disclosure, said Catherine Hanssens, the executive director of the Center for H.I.V. Law and Policy, which provided legal support for Mr. Johnson’s case.

In the eyes of the law, an H.I.V. diagnosis is conflated with malice, she added.

“These laws effectively treat an H.I.V. diagnosis itself as evidence that the person acted with bad intentions when sex or other types of physical contact are involved in a crime,” she said.

Additionally, many laws do not reflect recent treatment options that can give patients a life expectancy almost as long as the general population. A pill taken daily can almost eliminate transmission, experts say. But there remain large barriers to eradicating the virus, including the high cost of antiretroviral drugs, access issues, medical mistrust and other social barriers in poor and black communities.

… Mr. Lohmar said he learned of Mr. Johnson’s release after receiving a call from one of the witnesses in the trial, who was upset that he was not notified.

But who cares about him? After all, there’s a 4/6th chance he is white.