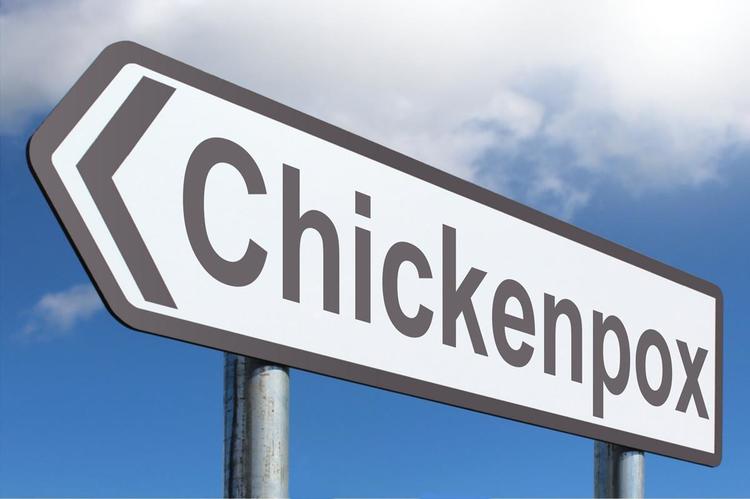 Illegal alien sob stories in the news media certainly are undergoing a renaissance under the porous borders permitted by the Trump administration. One frequently sees emotive front page articles in the press with photos of cutesy and/or suffering kiddies to appeal to readers’ sympathy.

One such appeared Tuesday in the San Diego Union-Tribune, complete with adorable foreign child who recently was “suffering,” and that was somehow America’s fault instead of the moocher mom dragging the girl all the way from Honduras. The photo was enormous, taking up four out of five column widths, thereby emphasizing how highly the paper values diversity rather than US law and sovereignty. 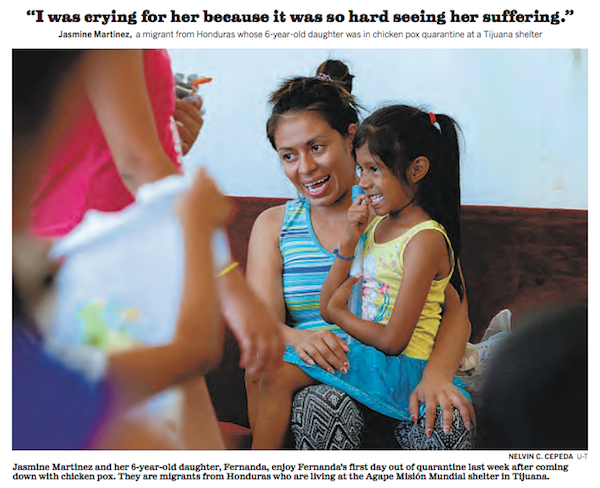 I chronicled these journalistic principles in my 2002 Vdare article titled The Style Guide To Writing A Sensitive Immigrant Story, and not much has changed in the intervening years, except the planet is now home to more than a billion additional residents (6.3 billion then, and 7.7 billion now).

Instead of explaining the worsening planetary push factors or categories of harm to Americans, the Union-Tribune presents a compassionate story of migrant travails and their hopes to reach the promised land of Uncle Sucker dispensing lots of free stuff. Also, the public health issue of tuberculosis coming across the border is mentioned, but not until late in the article — paragraph #33 by my count.

Chicken pox and flu: Migrants are getting sick at the U.S.-Mexico border, San Diego Union-Tribune, August 19, 2019

Tijuana, Baja California —  On her first day out of quarantine Thursday, 6-year-old Fernanda Martinez was ecstatic. She raced a mini-green quad up and down the hall outside the dark room where she spent four weeks separated from everyone because of a severe case of chicken pox.

Greeting all the other children at the Agape Misión Mundial shelter in Tijuana, Martinez decided they were all her best friends. She announced she was equally excited to see everyone.

Her scabs aren’t completely healed, but a doctor gave her the green-light to finally leave the room where people have been quarantined with varicela, or chicken pox.

“She cried and cried and cried because she could not go around any of the other children,” said her mother, Jasmine Martinez, a 34-year-old from Honduras. “I was crying for her because it was so hard seeing her suffering.”

Martinez said after fleeing gangs, traveling a rough road from Honduras, spending about a week in U.S. detention and then being returned to Mexico, where she and her two children don’t know anyone, coming down with chicken pox in a crowded Tijuana shelter was the challenge that finally caused her 6-year-old daughter to break down into tears.

Pastor Albert Rivera, who runs the Agape shelter, said at one point there were up to 40 people with the highly contagious virus that causes an itchy rash and small fluid-filled blisters. Now there are around five people who still have to remain in quarantine, but there are [sic] a total of 73 people sick with other illnesses of the 225 migrants sheltered at Agape, he said.

Rivera said because the incubation period for chicken pox is 10 to 21 days, it’s unclear if migrants are getting sick in crowded conditions in U.S. detention or if they are arriving at the border from their home countries with the contagious illnesses.

What is clear is that illnesses typically spread very quickly among migrants in Tijuana shelters.

“He didn’t tell them he was sick when he crossed over because he didn’t think they would let him into the United States,” said Rivera, who said the man only spent one night at Agape. (Continues)