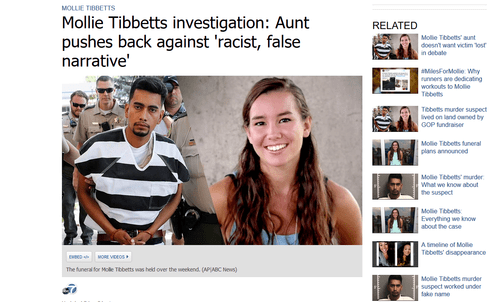 Mollie Tibbetts’s Murderer NOT An Outlier: Homicide Rates In Mexico, Central America Among Highest On Planet

A quick reminder: the immigrants who keep murdering people in the United States aren’t outliers. They do the same thing at home. Homicide rates in Central America are the highest on the planet, surpassing those of Africa.

For perspective, the murder rate in the U.S. is 5.35 per 100,000 people. This is somewhat skewed, because deplorable white people are, relatively speaking, slackers. Based on arrest records, more than half (52.6%) of U.S. homicides are assigned to the 13.4% of the population that identifies as black The rate among people of mainly European and other non-African descent is about 2.81 per 100,000. Cull the figures a bit to eliminate Hispanic murders, and the rate drops to 1.70 per 100,000. Call that, to oversimplify only a little, the legacy white murder rate.

Here’s how this compares with the rates per hundred-K in parts of the Americas that bring us zesty cuisine and undocumented Iowa farmhands:

The rates and raw numbers are from the United Nations Office on Drugs and Crime report covering 2016 [PDF] (Lesotho’s rate is from 2015; Jamaica’s from 2012). I’ve excluded small jurisdictions. The U.S. Legacy Rate is derived from FBI Uniform Crime Reporting:  Table 21: Arrests by Race and Ethnicity, 2016.

But the short answer is: unless social base rates abroad are meaningless, it’s highly likely that we’re importing murder from cultures where it’s commonplace. The alternative view is that our border-runners represent the social cream of Latin and South America. If you don’t buy that, it’s fair to expect more angel families.