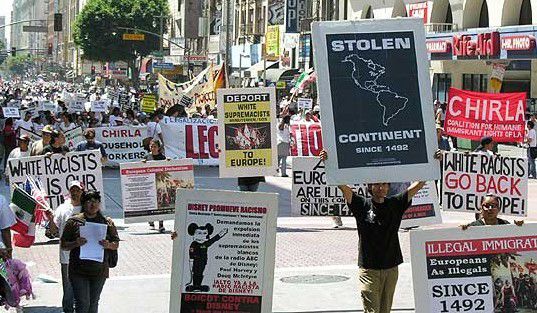 I keep hearing that it's racist to tell an immigrant who's a member of a minority group to go back to her country for any reason, especially if she's an American-born Palestinian, or a naturalized Somali immigrant.

Do you have any idea how many times VDARE.com Editor Peter Brimelow has been told to "go back to England?"

In 1995, A. M. Rosenthal used his column in the New York Times to attack both Arianna Huffington, who was concerned about immigration at the time, and Peter Brimelow. Rosenthal might be willing to extend mercy to Arianna, but not to the author of Alien Nation

Arianna, must you pick as your role models the narrowest-minded conservatives? Why not listen to Jack Kemp, Bill Bennett, Rudy Giuliani, Dick Armey, the House majority leader, and other conservatives who understand the importance of immigrants to America?

Now I have cooled down a bit. So, if you talk and listen to people like that I will rescind my expulsion order against you.

Just a few words, no more needed, about that British-born immigrant—Peter Brimelow is his name, I remember now. His book is much too farbissen, my mother's Yiddish word for embittered, to be of value. Save time and money by reading instead Ira Glasser's seven-paragraph letter in The Times of June 16 about his racism—a masterpiece of intellectual demolition.

And of course, people are always telling white, native-born Americans, even if they've been in America since Plymouth Rock, to "go back to Europe." There are 22 uses of that exact phrase in our archives.

Jack Posobiec noticed the same thing. (The screenshot is from a Tweet by a guy named Mohammed, who says "no one ever says 'go back to Europe.") 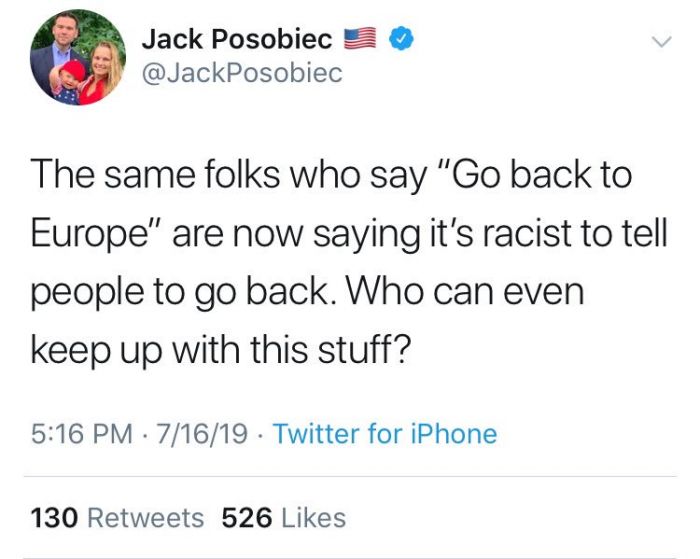 Of course, they say it all the time: 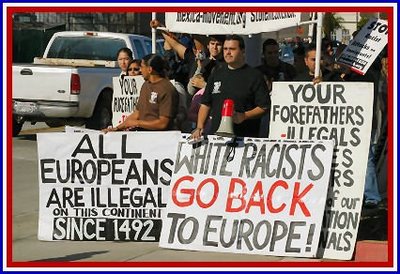 Of course, if Americans did go back to their ancestral homelands in Europe, they'd find it somewhat full of Muslims.

The people who say "Go back to Europe" aren't fringe characters. Mario Obledo was California secretary of health and welfare, and a founder of the Mexican American Legal Defense and Educational Fund. In 1998, he told a radio interviewer that “We’re going to take over all the political institutions of California. California is going to be a Hispanic state and anyone who doesn’t like it should leave. If they [whites] don’t like Mexicans, they ought to go back to Europe.”

Here's how I put it during an earlier, pre-Trump, kerfuffle: How About You Stop Calling Us Racists And Murderers Long Enough To Talk About Civility?