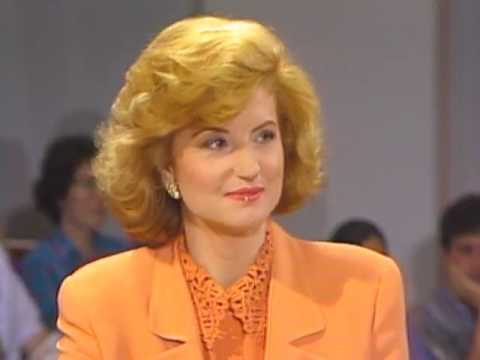 On My Mind; Arianna, Go Home!

By A. M. ROSENTHAL

Arianna Stassinopoulos Huffington, if that's how you feel, go home! Love us or leave us!

And take some other immigrants with you—the kind that, like you, talk about how America should be worried about allowing more immigrants in. For instance, that British-born fellow, I forget his name, who is running around promoting his book about how he fears that in America his little son, the one he tells us has blue eyes and blond hair, will have to grow up among too many dark folk.

Arianna, for somebody like me, an immigrant himself, [VDARE.COM NOTE: An illegal immigrant:, Rosenthal was born in Canada, and was brought to the US during the Depression by his illegal immigrant father.] and still remembering what I was taught in civics classes about how America was built by people from all over the world, it is hard to be mean to another American just because she or he is an immigrant too. But that is exactly why I'm picking on you.

I danced at your wedding to a young man from an oil family. Ever since, I have watched with great interest what you were doing in America—how you helped make him almost senator from California, how some people believe that one day he will run again and this time you will make sure there would be no almosts, how you moved from writing books about art to books about the inner self, I believe, how you are now very close to Newt himself, and how you would get a big job if a Republican is elected President next year.

I did not agree with everything you were saying. But that did not diminish my admiration for your get-up-and-go. And I kept thinking: Only in America—only in America could a girl born in Greece, an immigrant first to Britain, then to the U.S., a double immigrant you might say, become a nationally known political and literary figure a relatively few years after getting her visa. What a terrific example of the importance of immigration and immigrants.

Now here you are helping the anti-immigrant line. You heard me—anti-immigrant. The people who promote that line professionally and whose side you take on TV never say they are anti-immigrant, of course not. They just say America should not let any more into the country for 10 or 20 years or at least cut way back—a third, a half, whatever.

But you are not a political naïve. Eliminating or drastically reducing immigration will not just deprive the U.S. of talented people by the millions, and hurt the economy by eliminating the jobs they create. It will also help anti-black, anti-brown, anti-yellow and general anti-foreign nastiness, of which we have good and plenty already.

And please listen to this: If opposition to immigration grows, some day being a former Greek will not be a political asset at all. After all, Greece is in Southern Europe, not what you might call Nordic or Anglo.

Surely you understand you would never have been able to enter America as an immigrant if some of your friends had their way about immigration before you got off the plane. So what are you saying? Pull up the gangplank, Jack, I'm aboard? That is not very good for a healthy inner spirit.

There may be other Greek-Americans who say after me lock the doors, but I have not met any. Greeks not only brought endeavor and brains to this country but they brought kinsmen who did the same.

Talk to Nicholas Gage, who wrote that classic book "Eleni," about hunting for the Greek Communist killers of his mother. His father brought him to America—and about 100 others from their village. Among them, over the last three decades, they have created about 5,000 jobs.

Arianna, must you pick as your role models the narrowest-minded conservatives? Why not listen to Jack Kemp, Bill Bennett, Rudy Giuliani, Dick Armey, the House majority leader, and other conservatives who understand the importance of immigrants to America?

Now I have cooled down a bit. So, if you talk and listen to people like that I will rescind my expulsion order against you.

Just a few words, no more needed, about that British-born immigrant—Peter Brimelow is his name, I remember now. His book is much too farbissen, my mother's Yiddish word for embittered, to be of value. Save time and money by reading instead Ira Glasser's seven-paragraph letter in The Times of June 16 about his racism—a masterpiece of intellectual demolition.