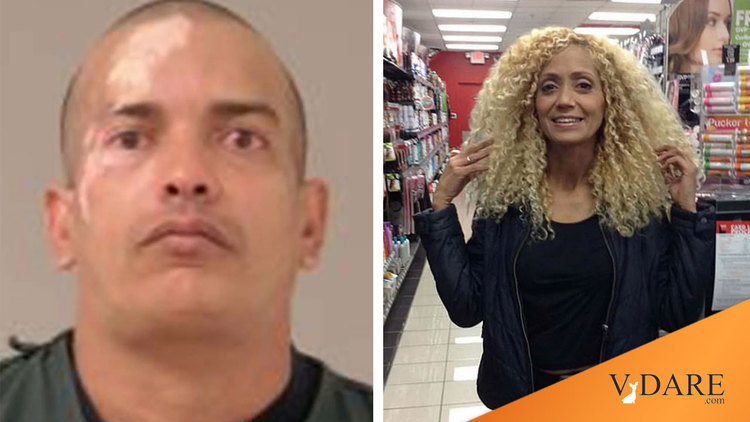 Earlier: Why Do We Allow This? Cuba (And Other Countries) Don't Take Back Their Criminals, So We Release Them Here.

On Minnesota's Powerline blog, lawyer Scott Johnson has been doing a lot of work on the case of Alexis Saborit, a Cuban illegal, who came in through the Mexican border 14 years ago, not by rafting to the US, and has stayed ever since.

Earlier this month, he beheaded his girlfriend America Thayer with a machete, in broad daylight and in front of witnesses. This is not at all his first crime, it's not even his first crime involving a machete, although that one involved a "standoff" with police and no beheading, presumably because the police had guns.

The reason he wasn't either deported or detained amounts to Kritarchy—in Zadvydas v. Davis (2001), the Supremes ruled that aliens whose countries wouldn't take them back had to be set free. Part of Trump's immigration platform in 2016 was to put a stop to it, and he actually kept that one pretty well.

A post called From the Saborit file: Restatement [August 9, 2021] Johnson sets forth the immigration facts in the Saborit case.

These are the immigration-related facts as I understand them and inferences I have drawn. ICE has given me the dates of the events. I have drawn inferences regarding the asylum issue based on the facts set forth and on responses to my questions withholding information because it is deemed “confidential.”

Further from Powerline on this case.

The one by John Hinderaker is not about the immigration issue as such, but about a different aspect of Kritarchy: judges who insist on releasing dangerous criminals.