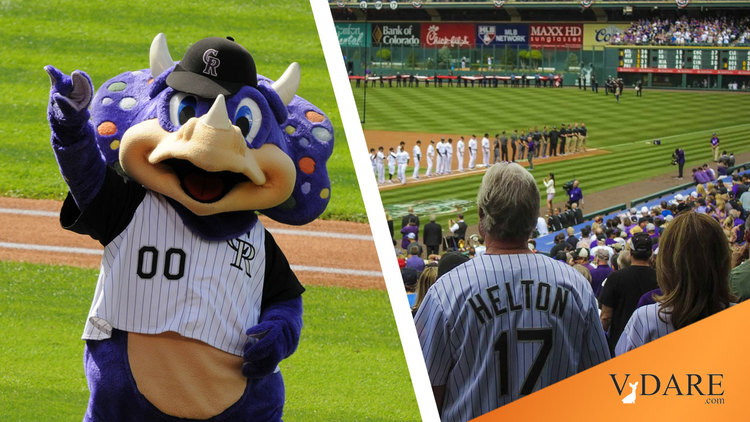 Hysteria Sweeps The Sportswriters Of America Over Imaginary Fan Slur

The incident happened during the ninth inning on Sunday while Lewis Brinson, who is Black, was hitting

The Colorado Rockies are investigating whether a man in the stands at Coors Field in Denver on Sunday repeatedly and loudly yelled a racial slur at Miami Marlins outfielder Lewis Brinson, who is Black.

“The Rockies have zero tolerance for any form of racism or discrimination, and any fan using derogatory language of any kind will be ejected and banned from Coors Field,” said the statement, which was posted on the team’s website.

The incident happened during the top of the ninth inning, and the loud, brazen yells were picked up by microphones behind home plate and clearly heard on the Marlins’ television broadcast.

Paul Severino, the Marlins’ television play-by-play announcer, denounced the incident after the game.

“I’m absolutely disgusted at the language that was picked up by the mics late in the game today,” he said on Twitter.

Tony Clark, the executive director of the players’ union, said progress was needed to “ensure that racism is never tolerated on or off the field.”

“While many are truly committed to respect and equality for all, the abhorrent racial animus displayed today highlights that there is still much work to be done,” Clark said.

Coors Field was the site of the Major League Baseball All-Star Game on July 13. The game and the Home Run Derby were initially scheduled to be played at Atlanta’s stadium, but M.L.B. moved it to Denver after the Georgia General Assembly passed voting laws that critics said were designed to suppress Black votes.

Brinson, 27, did not appear to react to the apparent abuse, and it is unclear whether he heard it, although it was yelled very loudly at a quiet moment in the action. It is not clear whether any nearby fans, ushers or security personnel objected to the yelling or tried to stop it.

Clearly, our diverse, multicultural society needs organized groups of volunteers who will prevent malefactors from violating our most sacred racial taboos by dressing up in, say, hooded robes and lynching racists.

Since the statements were issued, some debate emerged on social media about whether the person was calling out to “Dinger,” the Rockies’ mascot.

In baseball slang, a “dinger” is a home run. Due to the thin air, lots of dingers get hit in Denver, so Dinger is a good name for the Rockies’ mascot.

… Last month, after Italy beat England in the European soccer championships, three English players faced a wave of racial abuse on social media after they failed to convert their penalty shots. 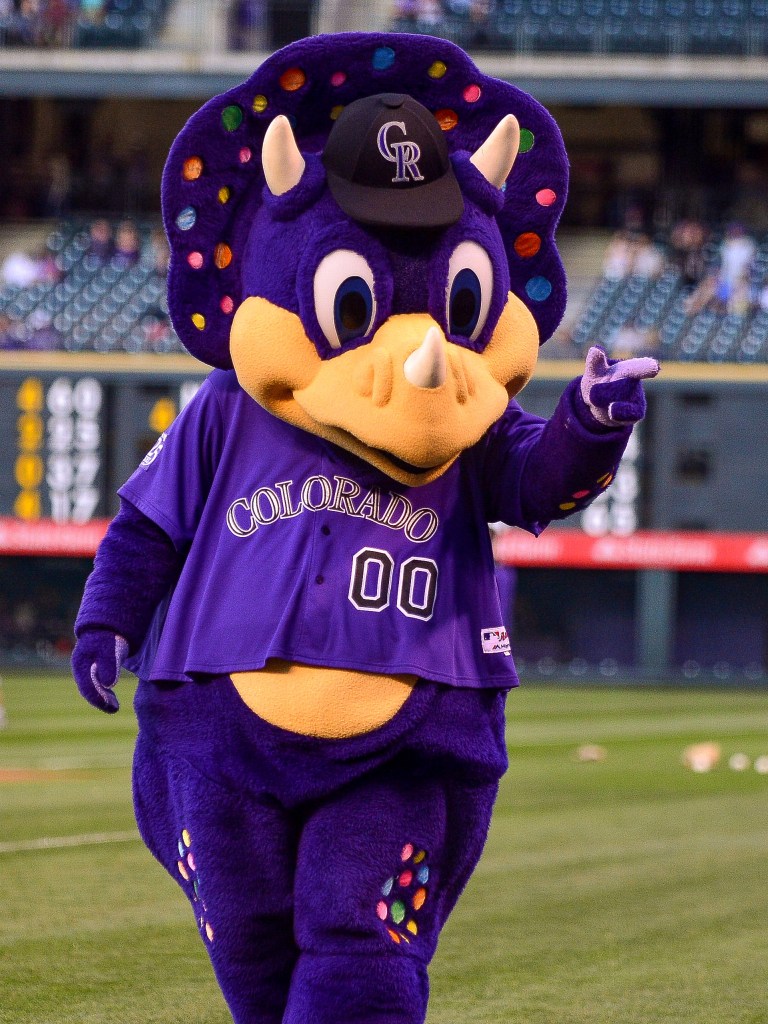 Later, however, also from the New York Times:

Rockies Now Say Fan Was Calling to Mascot, Not Shouting a Slur

What seemed to be a case of overt racism was actually a misunderstanding, the team said.

After investigating reports that a fan had yelled a racial slur during a game at Coors Field in Denver on Sunday, the Colorado Rockies determined the fan was actually yelling for the team mascot, Dinger, the team said in a statement on Monday.

The incident happened in the ninth inning of Sunday’s game against the Miami Marlins, with Miami outfielder Lewis Brinson, who is Black, at the plate. The yelling man’s words were picked up by television microphones, and many people thought he had used a racial slur.

The game was about to be over and the fan was calling to Dinger in the hopes that the purple dinosaur mascot would then come over and pose for a picture with his child.

But, the point is, he was a white man with a white child, so our anti-racist society can never relax. It’s so exhausting. Maybe on the surface he was saying “Dinger,” but systemically he was implying a racist slur, what with 1619 and redlining.

But, enough of that, time to get the Narrative back on track. Rather than write an article recounting the different types of of Hate Hysteria sweeping America, such as Hate Hoaxes and this kind of Hate Hypochondria, let’s dredge up a 4 year old incident:

… Although this event seems to have been a misunderstanding, there have been incidents in which players have reported racial abuse in stadiums.

In 2017, Adam Jones, then an outfielder with the Baltimore Orioles, said he had been called a racial slur while playing against the Red Sox in the outfield at Fenway Park in Boston.

After Jones detailed his experience to USA Today, Red Sox fans at Fenway Park gave Jones a standing ovation the next day.