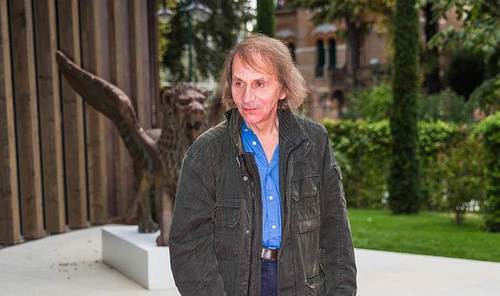 Michel Houellebecq on His Novel About Islam's Takeover of France

From the Paris Review, an interview with cultural dissident novelist Michel Houellebecq:

It’s 2022, and France is living in fear. The country is roiled by mysterious troubles. Regular episodes of urban violence are deliberately obscured by the media. Everything is covered up, the public is in the dark … and in a few months the leader of a newly created Muslim party will be elected president. On the evening of June 5, in a second general election—the first having been annulled after widespread voter fraud—Mohammed Ben Abbes handily beats Marine Le Pen with support from both socialists and the right.

France has a multi-party system and a two-stage Presidential election system: the top two finishers in the primary meet up again two weeks later. In 2002, Le Pen’s father snuck into the final round, which set off a Continent-wide Two Weeks Hate that culminated in the left going for the Gaullist Chirac overwhelmingly, and then the next day a leftist Dutch lawyer assassinating Dutch immigration skeptic Pim Fortuyn on Monday, to a widespread reaction among the European establishment that Fortuyn had it coming.

How far would the French left go to stop the latest Le Pen from winning? What if the second place finisher in the 2022 primary was an Islamist candidate?

The next day, women abandon Western dress. Most begin wearing long cotton smocks over their trousers; encouraged by government subsidies, they leave the workplace in droves. Male unemployment drops overnight. In formerly rough neighborhoods, crime all but disappears. Universities become Islamic. Non-Muslim teachers are forced into early retirement unless they convert and submit to the new regime.

My impression is that this is portrayed as less a top-down imposition by the new government than a bottom-up swelling of support for the New Order from French people who have been taught that Catholicism and nationalism are outdated, and thus turn to Islam to give them something to believe in

This is the world imagined by Michel Houellebecq in his sixth novel, Soumission (Submission), which will appear next week. Should it be read as a bad Op-Ed, as pulp fiction for an election year, or as the attempt of a great writer to air a social critique through farce? In an exclusive interview—the first he’s given about this novel—Houellebecq explains what led him to write a book that has already created a scandal in France, even before its publication.

You can read the interview there.

I don’t see any mention of The Camp of the Saints, but Houellebecq’s innovation appears to be portray the triumph of Islam in France as sort of a good thing. For one thing, the Erdoganization of France puts the feminists in their place, leaving Houellebecq’s critics to pick their poison: are they Islamophobic or anti-feminist? (Marine Le Pen, of course, raises the point that France has sailed gloriously between the Scylla of Islamic misogyny and the Charybdis of feminist anti-femininity for many centuries.)

My question is: why is Houellebecq given respectable platforms?

Is he a master of French prose? I can’t tell because I don’t read French. I’ve read his The Elementary Particles in translation and he seems like an entertaining sicko rather than a great mind of our age. But what do I know?

Or is it because he’s kind of a massive (if somewhat comically endearing) screw-up and thus puts dissidence in an unflattering light?

Or are the French more fun-loving intellectually than Americans?