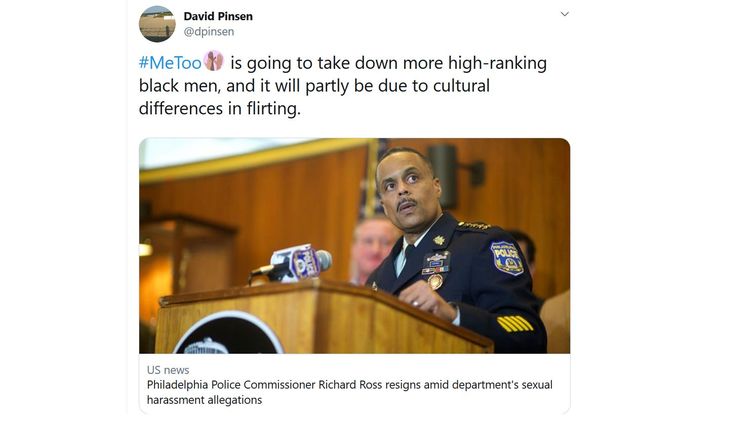 #MeToo is going to take down more high-ranking black men, and it will partly be due to cultural differences in flirting.

If #MeToo were around when I was in the Army Reserve, my black first sergeant would have been taken down. Instead, the pretty black admin NCO he explicitly expressed his lust for just laughed it off.

Right. Perhaps now semi-Canceled Harvard economist Roland Fryer could do a study to put the #MeToo Race Gap in percentile terms: What would be 90th percentile horndoggery for a white guy might be, say, only the 50th percentile for a black guy.

Should we grade on a cultural curve? For example, Garrison Keillor got Canceled for some pretty mild stuff. On the other hand, he’s a Minnesotan and Minnesotan men are supposed to express lust only by staring at a girl’s shoes.

A more general question is how do we do a better job of reserving MeTooing for the, say, the 98th percentile and worse?