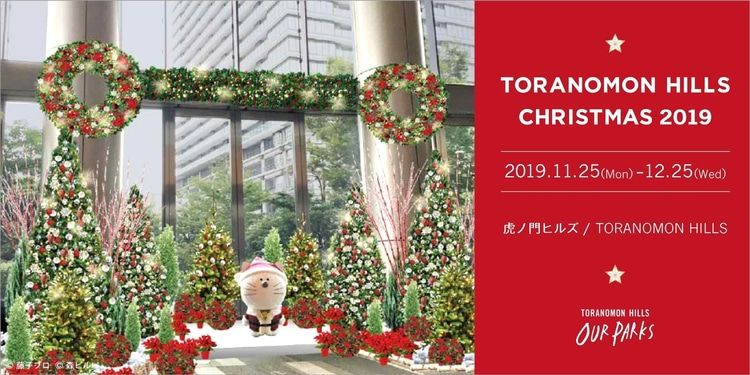 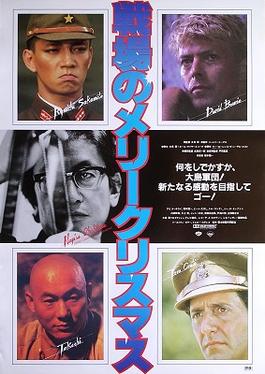 Things have changed in Japan from the war years, instead of a cynical or apologetic reference to Christmas from a soon to be executed Class B war criminal in Oshima Nagisa’s Merry Christmas Mr. Lawrence, Christmas is Big In Japan.  But more importantly, there is no War On Christmas in Buddhist and Shinto Japan, unlike the United States.

Your humble correspondent was in the Land of the Rising Sun recently, and in Japan the Christmas season starts immediately after All Hallows Eve, as the Japanese do not have an intervening Thanksgiving before the Christmas decorations and marketing appear in public.  In fact, it appears defeat has made Japan more amenable to Christmas, while victory in the West has resulted in exactly what was feared at the time if the war was lost, an end to Christian civilization.  It is amusing that the Great Crusade, as it was described, resulted in a continuing loss of Christianity both in the people and in public expression.

But back to Japan and Christmas—it is an important season, if not an actual holiday.  While the Japanese do not get Christmas off, it is still big, especially for Japanese unwoke capital, but even for what is Woke Capital in the West, for even the biggest corporations in the West that have long replaced Christmas with “Holidays,” Merry Christmas is obligatory for reaching the Japanese consumer.

First, I can confirm this by personal experience, where in the West, Coca-Cola has not for years put out Christmas branded product, it is always Happy Holidays on product and in advertising.  Just the opposite in Japan!  Even in the most rural and small town Japan, Coke is wishing the Japanese a  メリークリスマス (Merīkurisumas)!

And to confirm your correspondent’s work, here is the proof:

Back in 2016, Coca-Cola gave its Japanese market a Christmas present to remember, wrapping their coke bottles in special labels that cleverly transformed into beautiful bows.

The novel ribbon-wrap packaging proved to be so popular that the company has been re-releasing them for the festive holiday period every year since. This year, however, they’ve got an additional surprise in store for customers as they plan to include a musical gift with each bottle as well.

Once you’ve pulled the tab on one of these specially marked bottles, you’ll find the word “music” with a 12-digit code next to it. Inputting this code into the campaign website will allow you to listen to one of 25 songs sung by popular J-pop girl group Little Glee Monster.

Some of the songs available include their new track “A Ribbon for Love“, which is scheduled to be officially released in mid-November, as well as covers of Christmas songs like “We Wish You a Merry Christmas“. Whatever song you choose to select from the playlist will be available for you to listen to as many times as you like from Oct 28 until Feb 14.

While everyone will be able to receive a musical gift for free during the campaign, there’ll also be a chance to win 50 points on messaging app Line, or one of 2,000 Baskin and Robbins Christmas ice cream cakes as well. Simply enter the code on the ribbon label tab into the campaign website to see if you’ve won.

And not just Coke and Baskin Robbins are of good Christmas cheer.  Pepsi goes one better at Christmas, triggering not only the War on Christmas types, but also the anti-White crowd with their continuing series of “White” sodas.  No doubt enraging Japan’s very sensitive Black American expatriates.

Happy holidays, here’s a novelty soda to celebrate! Pepsi Japan trails only KitKat when it comes to out-there flavor ideas for its signature item, with the past few years featuring cucumber and baobab among others. Now comes a slightly sweeter special — Pepsi Christmas Cola, which aims to capture the taste of a Japanese-style Christmas shortcake.

Well, the cream found in said dessert to be specific. But this has captured people’s attention for being a strange flavor to try replicating in cola form. The soda (¥140) goes the extra step in sticking to theme by also promising to deliver a subtle strawberry taste alongside all the sweetness. That’s dedication.

[Pepsi Christmas Cola: If You’re Going To Leave A Snack Out For Santa, Stick To Milk And Cookies, by Patrick St. Michel, Japan Today, December 2, 2017]

And White colas have a long history of triggering snowflakes around Christmas just as the war on Whites and on Christmas were getting in high gear:

The recently released White Cola Pepsi isn’t the first chance the Japanese market has had to experience a snow-colored carbonated beverage. A yogurt-flavored Pepsi White had a limited run in 2008 and a limited-edition orange flavor was released in 2012.

This latest incarnation (¥140) packs a “subtle citrus” taste which, well, delivers on half of that promise: White Cola Pepsi tastes like weirdly thickened soda water with a faint but forgettable zest lurking within. Maybe Pepsi’s inevitable fourth attempt at a “white cola” will work.

An interesting aspect of these two articles is that the leftist hipster St. Michel is obviously uncomfortable with Christmas and white, but can’t let on because the Japanese love things white and Christmas.

But even local unwoke capital is in on Christmas in Japan.  Property developers, retail, and commercial landlords love the Christmas season, and are explicit in their love for the day of the coming of the our Lord and Savior.

From Toronoman Hills, to Roppongi, to Marunouchi, all exclusive retail and commercial developments, Christmas is explicitly Christmas.

Every year, Tokyo gets into the holiday spirit with a bounty of beautiful illuminations, including the brightly lit streets of the Marunouchi business district. This year, however, Marunouchi is pulling out all the stops by adding a Star Wars-themed Christmas extravaganza to its usual wintertime light display. The Star Wars festivities arrive just in time for the highly anticipated ninth Star Wars episode, ‘Star Wars: The Rise of Skywalker’, which is set to hit cinemas on December 20.

And Christmas in the Sky, with bonus Christmas Tarot Museum, in Roppongi: High above the Roppongi skyline is the best place this Christmas to check out the neighborhood’s illuminations. Head up to Mori Art Museum’s Sky Deck for the “Christmas Tarot Museum,” which gives you the opportunity to check out the sparkling illuminations on display while also having your fortune read and eating a delicious Christmas dinner at “The Moon” restaurant.

But otherwise enjoy a Japanese Christmas from Tokyo: 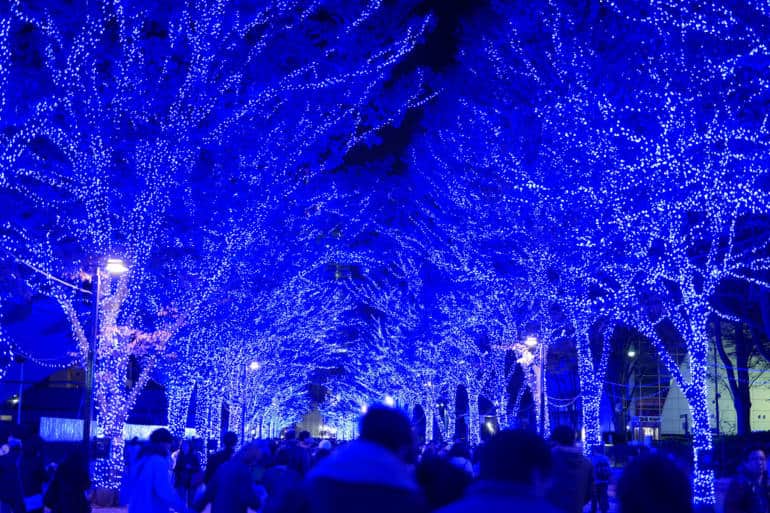