Senator Bob Menendez  got a mistrial on his bribery accusation charges, but that doesn't mean he's in any way not guilty.  This is from the WSJ's Best Of The Web today—click the here to go to the original, via Twitter.

This column was inclined to give U.S. Sen. Bob Menendez (D., N.J.) the benefit of the doubt in his federal corruption trial. Bribery is and should be difficult to prove without direct evidence of a quid pro quo agreement. But after jurors were unable to reach a verdict and Judge William Walls declared a mistrial on Thursday, New Jersey voters shouldn’t have to deliberate very long before concluding that he abused the power they entrusted to him.

The trial made clear that Mr. Menendez accepted numerous expensive gifts which he failed to disclose from a major campaign donor, Dr. Saloman Melgen, and then took numerous official actions to help Melgen, who is not a resident of New Jersey. These actions included various efforts to prevent recovery of $8.9 million that the federal government said Melgen had overbilled Medicare. Melgen is now awaiting sentencing after his conviction in April on 67 counts of Medicare fraud.

Mr. Menendez may not have committed a crime, but did the people of New Jersey send him to Washington so that he could help a Florida-based fraudster avoid paying back taxpayers? The record shows that the senator was extremely aggressive in seeking to help the crook. Last month the New York Times reported:

A “visibly angry” Senator Robert Menendez grew increasingly “hostile” during a phone call with a top official from the Centers for Medicare and Medicaid Services in 2009, eventually hanging up on the official, according to testimony.

And Mr. Menendez, a Democrat from New Jersey, maintained a similar angry disposition during a meeting in 2012 with Senator Harry Reid and Kathleen Sebelius, who at the time was the secretary of Health and Human Services, according to Jonathan Blum, who participated in the call and in the meeting, and who took the witness stand in a federal courtroom here on Monday.

It's common for Senators to help their constituents with disputes, but Medicare fraudster Melgen (an immigrant from the Dominican Republic) wasn't a constituent of Menendez's. He's a "Florida Man".

Arranging a meeting with a Senate leader and a cabinet official to press a constituent’s case is rare enough—but Melgen was not even a constituent. How many people who actually live in New Jersey ever received this much attention? Last month, the Newark Star-Ledger reported:

“It was unusual,” Kathleen Sebelius said, “for Senator Reid to ask me to come to a meeting involving another member of Congress.”

It was also unusual for any lawmaker to intercede on such a matter. The Star-Ledger adds:

By the time of the meeting, Sebelius said, she was aware Menendez had had “several conversations” with staff members in the department regarding the billing dispute.

“It was the only time I was asked to address an issue on billing,” Sebelius said, noting she typically was involved in policy discussions at “sort of a 30,000-foot level.”

Menendez had previously called her office while Melgen’s billing dispute was under appeal to HHS, she said, an inquiry she did not respond to on the advice of her staff.

Because for a Democratic-appointee to respond to a Democratic Senator about illegal billings by a Democratic fundraiser (Melgen) might look like corruption. It was on Menendez's part, but Sebelius seems to have dodged it.

The odd and angry advocacy of Melgen by Sen. Menendez must have smelled awful long before it was ever discussed during his corruption trial. Why was he helping the Florida fraudster? Mr. Menendez’s defense team presented his actions simply as favors for a friend. New Jersey voters may be curious as to how this friendship began. One might ask: were they perhaps classmates or neighbors at some point?

According to the Associated Press:

Melgen became politically active in 1997, when he treated Florida Democratic Gov. Lawton Chiles, who appointed him to a state board.

He was soon hosting Democratic fundraisers at his 6,500-square-foot (605-square-meter) North Palm Beach home. That led to his friendship with Menendez, during which Melgen paid for trips he and the senator took to France and to the doctor’s home at a Dominican resort.

Federal prosecutors say Melgen’s gifts to Menendez were actually bribes. In return, they say, the senator obtained visas for the married Melgen’s foreign mistresses, interceded with Medicare officials investigating his practice, and pressured the State Department to intervene in a business dispute he had with the Dominican government.

Prosecutors and defense attorneys can debate what type of friendship begins with large checks to a political party, but the various favors extended to Melgen by Sen. Menendez don’t appear to have anything to do with helping the people who elected him.

On Thursday Mr. Menendez showed no remorse, and even cast the deadlocked jury as a sort of vindication after a prosecution he portrayed as unjust. He then lauded his “public service,” which he claimed had been conducted with “honesty and integrity.” Next year he can try selling that line to New Jersey voters. 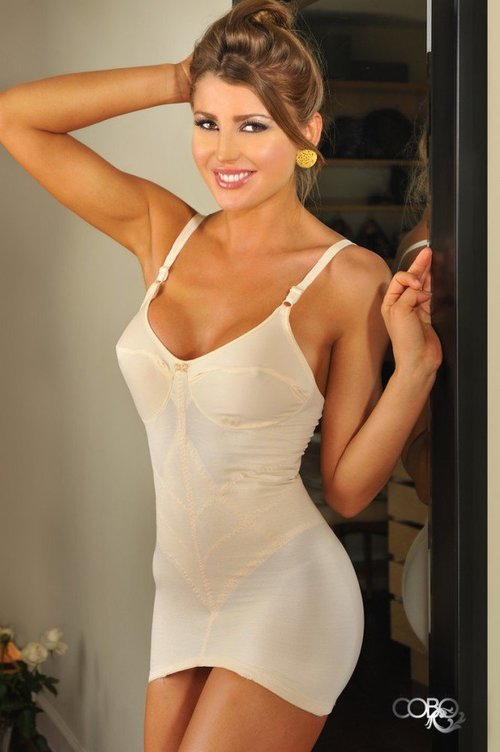 There are several things to keep in mind about this Democratic scandal. Bob Menendez, Senator from New Jersey, a state with a large Hispanic population (mostly Puerto Rican, I think) is not much more "Hispanic" than Marco Rubio or Ted Cruz—he's a white Cuban.

Democratic fundraiser Melgen, on the other hand, is an immigrant from the Dominican Republic, a place that sends a lot of criminals and welfare cases to the United States, but very few medical doctors like Dr. Melgen—who turns out to be a criminal defrauding a welfare program to the tune of $8.9 million.

The third National Question-related point is that Melgen (who is married) has been using his friend Senator Menendez to help him get visas for his various girlfriends and employees, like Svitlana Buchyk, right. This is what Michelle Malkin has been calling Menendez's 36DD Visa Program.

A list of links below, from previous VDARE.com coverage.

This is tagged "Minority Occupation Government" in spite of Menendez not being genuine minority.