How fast is robotic technology moving along? To get an idea, watch a new video of the Atlas robot hop onto boxes and do a perfect backflip. Amazing.

For comparison, see the variety of robots falling over in the 2015 DARPA Robotics Challenge. The video is funny, but the improvement in the two years from then to now is remarkable.

The DARPA competition is put on by the US Defense Department and it is focused on using robots in hazardous rescue situations like the 2011 Fukushima disaster in Japan.

Below, a diagram of the DARPA obstacle course of activities that robots must execute, like driving, opening doors and walking up stairs. 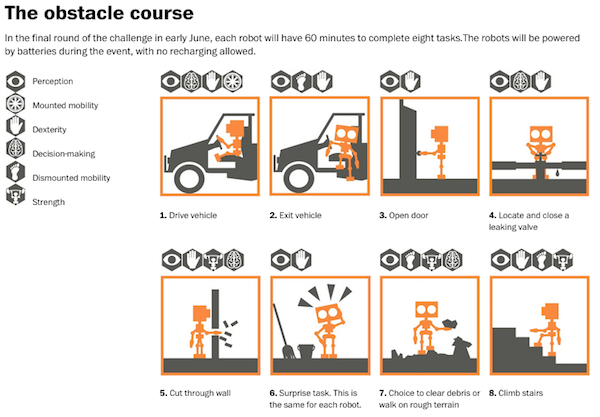 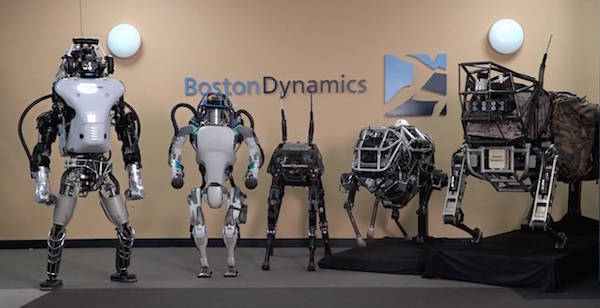 As a result of this technology, the world of work is being fundamentally transformed, and it would be reassuring to get a response from official Washington, but little has been seen thus far. Advanced automation and software are forecast to replace millions of American workers, so some sort of plan is needed to deal with the economic results. At the very least, a severe reduction in immigration is indicated.