The verdict is in.

I pronounce Democrat leaders, left-wing feminists and Beltway journalists guilty of gross negligence and hypocrisy over a dirty rotten sleazeball in their midst.

For the past 11 weeks, Bob Menendez has been on trial for 18 counts of bribery, fraud and corruption involving nearly $1 million in gifts and donations. The jury remained deadlocked as of Tuesday. A new Media Research Center analysis reported that ABC, CBS and NBC devoted 40 times more of their morning and evening TV newscast coverage this past week to Alabama GOP Senate candidate Roy Moore's alleged sexual assault accusers than to the ongoing federal trial of one of the Democrats' most powerful, visible and entrenched figures on Capitol Hill.

Four years ago, when the FBI raided the Florida home of creepy Democratic donor and eye doctor Salomon Melgen, Menendez suddenly remembered that he had failed to pay back his "hermano" $60,000 for private-jet flights to the Caribbean—where Melgen owns a tony home in the private Casa de Campo resort.

As the party-boy buds tell it, their two decades of favor-trading were innocent, brotherly acts of affection. That little reimbursement thing for joy rides shuttling Menendez, his girlfriend, his son and his son's office manager around the world? It "fell through the cracks," the former chair of the Senate Foreign Relations Committee and lawyer explained.

As government investigators discovered, the "friendship" entailed much more than backslaps and beach nights. Melgen was convicted this spring on 67 counts of massive Medicare fraud totaling $90 million. Prosecutors allege Menendez and his staff pulled strings and put pressure on public officials to back off Melgen's billing blow-up. Menendez asserts he did nothing illegal and acted not out of obligation to a high-dollar donor, but because of his sincere policy concerns about how Medicare is run. 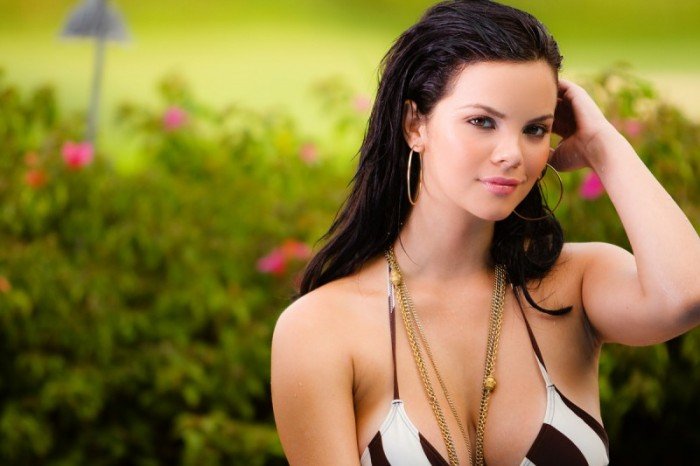 Another, Rosiell Polanco-Suera (right) testified that her rejected visa application (along with her sister's) received reconsideration and instant approval after Melgen promised to "fix it" by reaching out to Menendez.

Top Democrat leaders, so quick to call for the resignation of GOP candidates convicted in the court of public opinion, remain noncommittal about where they'll stand if Menendez is convicted. Liberal media partisans are deliberately ignoring the story because they are incapacitated by Trump Derangement Syndrome. Women's advocates looked the other way at Justice Department court filings on "specific, corroborated allegations that defendants Menendez and Melgen had sex with underage prostitutes in the Dominican Republic."

The collective silence on Sleaze-Bob—busy raising more than $6 million for his re-election campaign and legal defense fund—roars louder than Melgen's private jet engines.

Turns out "The Resistance" can't and won't resist a crapweasel when Democratic Party coffers and the balance of power in Washington are at stake.

Post
Presidential Candidate Biden Thinks 150 Million Americans Have Been Killed By Guns In 13 Years, Or Something
MORE...
POPULAR TAGS