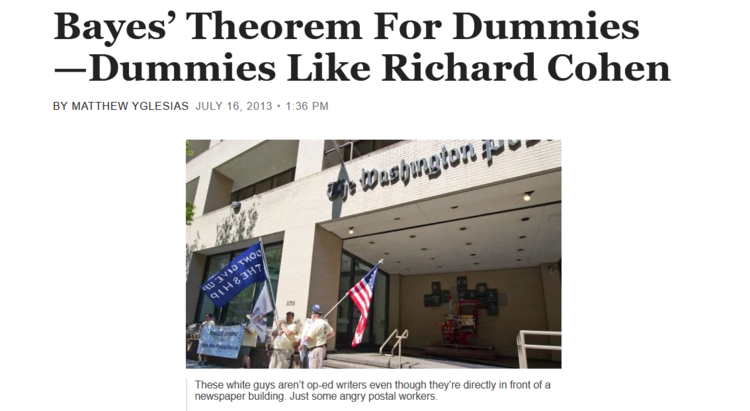 Some background to Steve Sailer's post below  "Matthew Yglesias On His Being Randomly Beaten By Blacks".

Two years ago, in a blog post at ThinkProgress.com, Matthew Yglesias described an incident in which he was beaten up:

Blogging by Steve Sailer, the first to notice this, assumed the punchers were black:

Was Mugging Of Matthew Yglesias A Hate Crime?

Matthew Yglesias's "The Rent Is Too Damn High"

Why No Police Investigation Of A Racial Hate Crime?

The same with blogging by me:

However, I have to tell you that this assumption—based on probability, profiling, knowledge of the demographics of the District of Columbia and other things that anti-profiling types  would frown on—was not backed up by direct evidence. His post about being beaten "randomly" by strangers in the District of Columbia was accompanied by no racial description whatever.

When he writes, today, to condemn  Richard Cohen for expressing common sense on the dangers of black teens, that

For example, since moving to a majority black city ten years ago it is the case that 100 percent of the people who randomly assaulted me on the street were African-American.[Bayes' Theorem For Dummies—Dummies Like Richard Cohen ]

this is the first time he's admitted that, in so many words. He's probably never heard of "Polar Bear Hunting", although he's actually been a victim of it.

And he's not allowing the experience to affect his world view. I know how the spectator in this story felt.