This is the cover of Bloomberg BusinessWeek, with a story on relaxed mortgage standards, which could lead to another Minority Mortgage Meltdown: 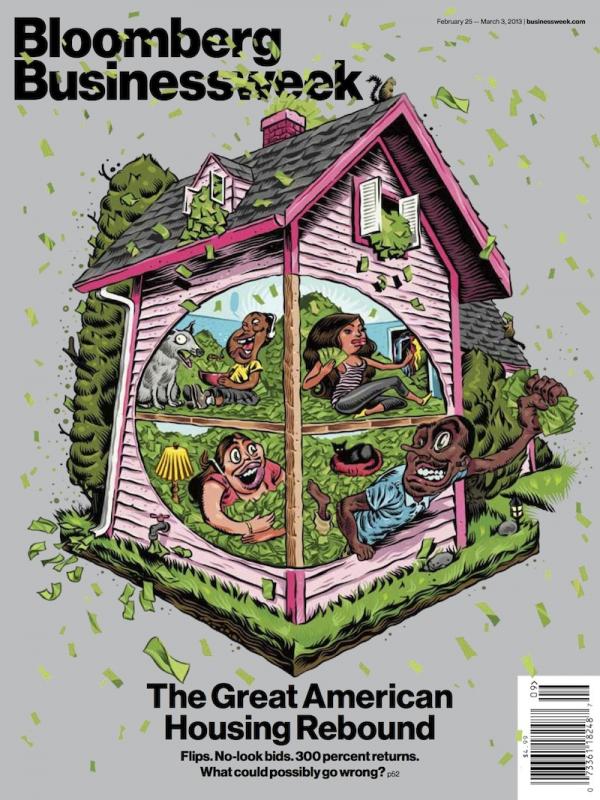 And here are two tweets from Matt Yglesias, who as a trained economist is supposed to know more about the dangers of pushing mortgages on (unqualified) minority borrowers than the rest of us do:

Bloomberg Businessweek warns that lending is so out of control even non-white people can buy a house: poynter.org/wp-content/upl…

If you like your business news spiced up with racism, turn to the latest @businessweek cover: slate.com/blogs/moneybox…

In fact, Yglesias did know there was something wrong with George Bush's mortgage speech: see Matt Yglesias And The Minority Mortgage Meltdown (Not Quite) Foretold.

He's just wilfully blind to racial issues, to the point where when he got beaten up on the street by black thugs, he thought it was about "higher density" in urban areas.

So, here are some stories about the connection between the push for lending to minorities, whether they were qualified or not: