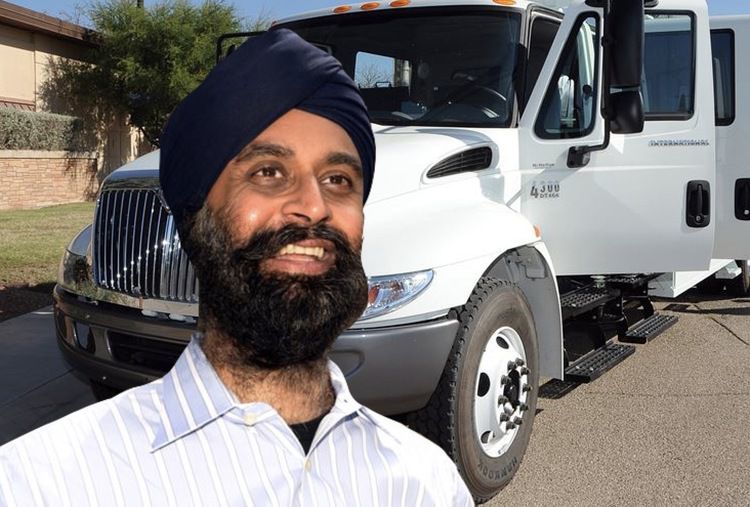 Linda Thom On Sikh Truckers In The Northwest

I live an hour and a half south of Surrey, BC on Whidbey Island. The ferries from Port Townsend to Coupeville regularly have one to two semis with Sikh drivers and BC plates on their rigs. The Sikhs are easy to identify because many of the men wear turbans but one can see them engaged in conversation with other non-turban-wearing males. The loads are wood pulp from the Olympic Peninsula headed for paper mills in Canada.

On trips to Vancouver or to the airport in BC, Rich and I have stopped in Surrey. It feels like a foreign land. Wikipedia says half the population is non-English speaking. Also, just south of the border, Whatcom County has a large population of Sikhs who work in agriculture. There are Sikh temples and community festivals. Where are the women?

Interestingly, some relatives of mine lived in Natomas until this summer. The neighborhood became very diverse over 20 years. Lots of Sikhs live there. The men sit out on park benches near an elementary school next to I-5, north of Sac. They do not mingle. I don't know what the women do.

When I would visit my relatives, I used to wave and say hello to an old woman who sat on the front porch across the street from their house. She looked at me but never smiled or waved back. She wore salwar kameez Apparently, they kept to themselves and didn't talk to any of the neighbors. She had no knowledge about them.

In northern India, many of the cab drivers and tuk tuk drivers are Sikhs. It's quite an experience!

Fortunately, most of the Sikhs stay in Canada.