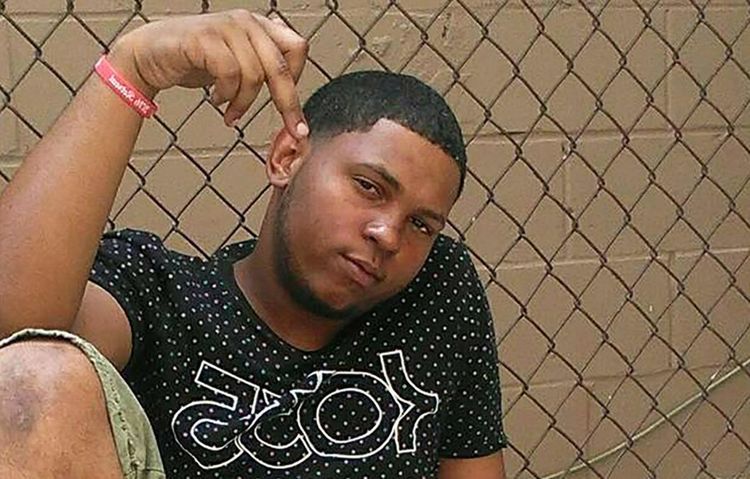 If all you know about crime is what you get from CNN and Democrat politicians, you might suppose that the typical murder in America is committed by a right-wing white male with an AR-15 rifle. But the facts are otherwise, as for example this recent crime in New York:

A deranged vagrant wielding a lethal length of metal pipe savagely beat four sleeping homeless men to death early Saturday as they hunkered down for the night on the streets of Chinatown, police said.

A fifth homeless man was critically injured, suffering a serious head wound, before police nabbed Randy Rodriguez Santos, 24, as he walked near Canal St. with the murder weapon resting on his shoulder, cops said. One of the victims was a man in his 80s, and the youngest was in his early 50s, cops said.

So far these victims have ages, but no races. I want to know if he killed five white guys, five black guys, five Chinese guys (there aren't that many Chinese homeless, but you might find some in Chinataown) or what? None of the victims' identities have been released, but the police could say what race they are.

Santos, who was also homeless, was charged with four counts of murder and one count of attempted murder in connection with the 1:45 a.m. bloodbath. The suspect was arrested this past May for threatening a man inside a Brooklyn homeless shelter, but he walked when the victim refused to press charges, law enforcement sources told the Daily News. . . .
Police said Santos has a rap sheet with a half-dozen prior arrests in the last two years, including the attempted assault with a weapon just five months ago in Brooklyn. According to sources, Santos had a history of fighting and arguing with other homeless people.

A native of the Dominican Republic, Santos lived with family in the Bronx as a teenager but in recent years began showing up at homeless shelters — and on police blotters.

He has 14 past arrests, four of them from the past year, the source said.

“That man should not have been on the streets,” noted one law enforcement source.

Homeless men are frequently victims of crime. (They're also frequently criminals, of course, but the MSM doesn't like emphasizing that, see the Daily News headline above.)